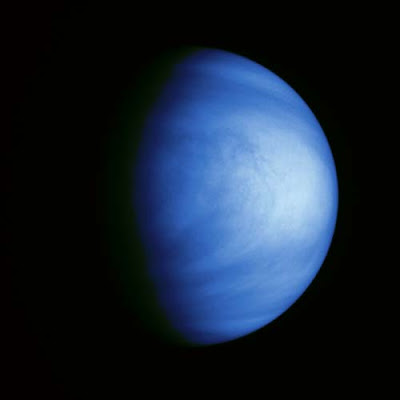 In the Blue Room also Ransom and Merlin felt about this time that the temperature had risen. The windows, they did not see how or when, had swung open; at their opening the temperature did not drop, for it was from without that the warmth came. Through the bare branches, across the ground which was once more stiffening with frost, a summer breeze was blowing into the room, but the breeze of such a summer as England never has. Laden like heavy barges that glide nearly gunwale under, laden so heavily you would have thought it could not move, laden with ponderous fragrance of night-scented flowers, sticky gums, groves that drop odours, and with cool savour of midnight fruit, it stirred the curtains, it lifted a letter that lay on the table, it lifted the hair which had a moment before been plastered on Merlin's forehead. The room was rocking. They were afloat. A soft tingling and shivering as of foam and breaking bubbles ran over their flesh. Tears ran down Ransom's cheeks. He alone knew from what seas and what islands that breeze blew. Merlin did not; but in him also the inconsolable wound with which man is born waked and ached at this touching. Low syllables of prehistoric Celtic self-pity murmured from his lips. These yearnings and fondlings were however only the fore-runners of the goddess. As the whole of her virtue seized, focussed, and held that spot of the rolling Earth in her long beam, something harder, shriller, more perilously ecstatic, came out of the centre of all the softness. Both the humans trembled--Merlin because he did not know what was coming, Ransom because he knew. And now it came. It was fiery, sharp, bright and ruthless, ready to kill, ready to die, outspeeding light: it was Charity, not as mortals imagine it, not even as it has been humanised for them since the Incarnation of the Word, but the translunary virtue, fallen upon them direct from the Third Heaven, unmitigated. They were blinded, scorched, deafened. They thought it would burn their bones. They could not bear that it should continue. They could not bear that it should cease. So Perelandra, triumphant among planets, whom men call Venus, came and was with them in the room.