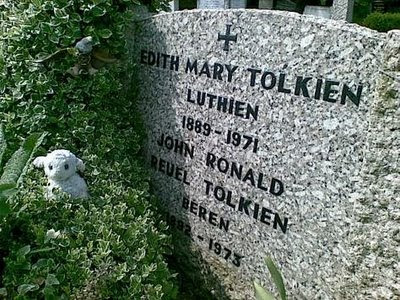 This sense of exile was present in The Lord of the Rings. At the end of the story many of the heroes travel, quietly and alone, to the Grey Havens, a harbour containing ships to take passengers on a one-way voyage away from Middle-Earth. Against all odds good has triumphed, but at a cost. Some of the travellers are scarred by evil, others by sorrow. The boat slips anchor and fades into the darkness, leaving in its wake a glimmer of light, which in turn disappears. A sense of melancholy prevails.
Posted by Arborfield at 7:58 am No comments: 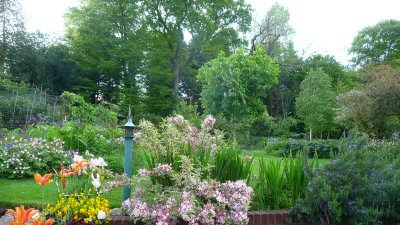 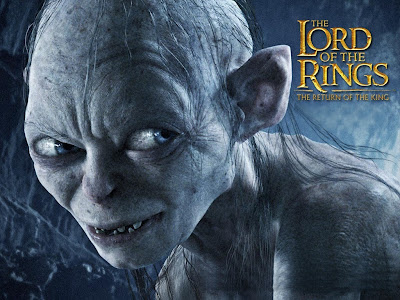 The Ring of Words ~
Tolkien and the Oxford English Dictionary
Oxford University Press (2006)
Posted by Arborfield at 10:05 pm No comments: 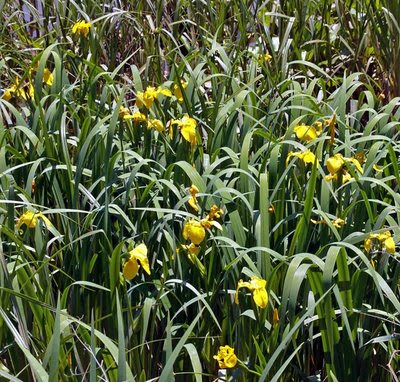 “They took a boat and went down to the Gladden Fields, where there were great beds of iris and flowering reeds.” (LotR - i. ii)

Gladden is Tolkien's updating of the Old English word glaedene 'iris'. This is recorded in an Old English document from the 9th (or possibly the 8th) century. In the names Gladden River and Gladden fields in The Lord of the Rings, Tolkien intended the word to refer to the 'yellow flag' (Irispseudacorus), which grows by streams and in marshes (Lett. 297). The Old English word in fact continued in later use in the slightly different form gladdon, though, as Tolkien went on to explain, the name is now usually applied to a different species, the purple-flowered Irisfoetidissima (or 'stinking iris'). The word is now rarely found outside regional dialects.

The OED entry (gladdon) quotes a line from the Middle English Romance The Wars of Alexander, evoking an image reminiscent of the Gladden Fields: a dryi meere was full of gladen & of gale & of grete redis (a dry lake was full of gladdon and bog-myrtle and great reeds).

The Ring of Words ~
Tolkien and the Oxford English Dictionary
Oxford University Press (2006)
Posted by Arborfield at 9:13 pm 2 comments: 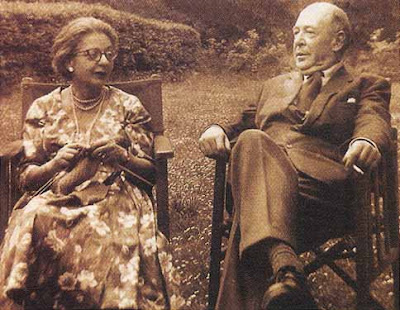 The telephone rings. It would ring, of course, just when your typewriter is at last clacking happily; an article that has been agonizingly slow to start is finally under way. Muttering something censorable, you break off in the middle of a sentence and go to answer the ring. Perhaps, at least, the interruption will be a pleasant one?

No such luck. The caller is a neighbour who is well established as the neighbourhood nuisance; a bitter, malicious old woman who has divorced her husband, driven away her children, quarrelled with her friends, and walked out of her church—and who is now eating her unrepentant soul out in loneliness and self-pity. You're the only one for miles who still speaks to her, and you don't enjoy doing it. Today she says, with a consciously pathetic catch in her voice, that she's absolutely desperate, and won't you come over and cheer her up?

Rebellion surges in your mind. Oh, no, not again! You think in a flash of all the times you've tried in vain to tell her of God and repentance and grace, only to be jeered at as a credulous fool. You think of the good practical advice scorned, the attempts at reassurance sneered at. You know very well that this time too all you will get from her will be a denunciation of other people, an assertion of her own perfect virtue, and a series of small nasty digs at yourself. But not this time, not just as you've finally managed to get started writing—it's too much. After all, one can't help those who don't really want to be helped.

[If you can obtain this book, do. It is a really original interpretation of the Ten Commandments by the lady who was to become, a very short time later, the love of C.S. Lewis’ life]
Posted by Arborfield at 8:05 am No comments:

The Gospel According to Tolkien: 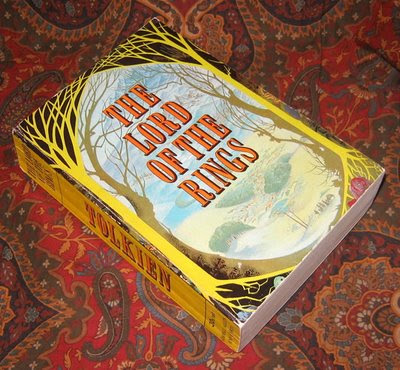 Visions of the Kingdom in Middle-Earth

With St. Thomas Aquinas and the Christian theological tradition, Tolkien sees the universe both as intrinsically hierarchical and intrinsically good. Some created beings are nobler than others, but all are good: wizards, high-elves, dwarves, hobbits. A hobbit is not a failed or faulty creation because he is not an elf or a man, and Tolkien’s wiser characters know this. Even lowly inanimate things are good: the hobbits’ love of eating and drinking together is not despicable but healthy. Cakes, ale, and pipeweed are even magical, in their own way. Indeed, as Wood points out, one of the chief virtues of fantasy is its power to make us see the ordinary things of the world, and the world itself, as new, strange, and wonderful.
For Tolkien, as for St. Augustine, evil is not a positive reality, but a falling-away from the reality the creator planned for the creature. He speaks of evil as a marring of what was made, and as a shadow. All beings have been created good, even Sauron and his orcs. They fall away from their intended goodness by rejecting what their maker intended for them. In the Silmarillion, the demonic Melkor first sins by inventing his own dissonance instead of singing the part God gave him in the angelic harmony. Rejecting one’s own created nature is the original sin. Lesser beings also sin by trying to re-create themselves. Part of why the Ring tempts mortals so strongly is its promise to let them escape the physical mortality God has intended for them. The sinner seeks a more independent existence, but he ends up losing his individuality. The Ring-wraiths fade to shadows and puppets of Sauron. Gollum falls so far that he loses his true name and even his nature, scarcely remaining a hobbit.
Tolkien’s heroes use ancient weapons against evil: they strive for and often exemplify the cardinal virtues of wisdom, justice, courage, and temperance. In this, Tolkien is no more Christian than all the philosophers who have followed Plato in praising these virtues, or than the pagans whose folklore he himself studied. However, in Tolkien’s world, these natural virtues take on a Christian character. Here a simple-minded hobbit can make a wiser choice than a sophisticated aristocrat of Gondor because of his humility. Justice is tempered with a mercy that a pagan would not comprehend. Again and again, Gollum is spared his just punishment because of pity. At first the hobbits are as shocked by this pity as pagans would be, but in the end it saves the quest when Gollum de-stroys the Ring.
Courage, too, becomes Christian in this story. The quest to destroy the Ring has almost no chance of success, but the fellowship does not set out in pagan fatalism. Rather, they have an almost Christian hope in what is not seen. Hope is what makes some characters persevere more courageously than others: it is what makes Gandalf a better general than Denethor, and Sam more constant than Frodo.
Anna Mathie - 'First Things' (January 2004)
[Click on the title above for the full article]
Posted by Arborfield at 7:20 am 3 comments:

The Death of Death 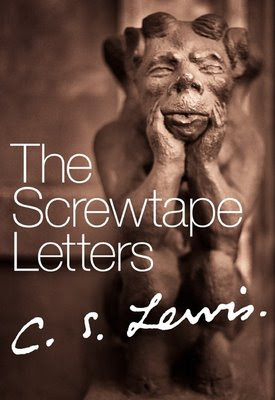 The Screwtape Letters – C.S. Lewis
Posted by Arborfield at 7:44 am No comments: