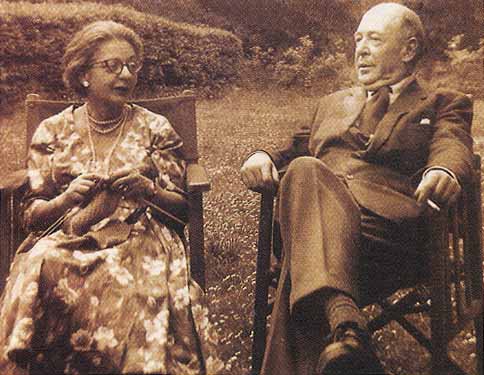 (...) if the treatment of Lewis himself had been on the whole as good as that of the other characters, and Wilson's pages on some of the books, I should have little but praise for Wilson's biography. Unfortunately, it is seriously flawed, and in one vital respect wrongheaded. This is his belief that Lewis and Joy had sexual intercourse before the Christian marriage that took place in the hospital. This is a most important matter; if it is true, it shatters Lewis's credibility as an honest man and a Christian moralist. For Lewis not only taught and believed that sexual intercourse outside marriage was utterly wrong for the Christian, he told his brother and a few of his closest friends (I had the honor to be among them) that the registry office marriage was a formality to enable Joy to stay permanently in England and that any living together as man and wife was out of the question. If at the time of such statements he was making love with Joy, he would have been a con¬temptible liar and a hypocrite. But I am sure that those who knew of the secret marriage, and indeed all his friends, had no doubt that he was an honest man who practiced what he preached.

To support his theory of Lewis's adultery, Wilson tells us that Douglas Gresham, in an oral interview taped at the Wade Center, states that in 1955, when he was only eight, he surprised his mother and Lewis in a compromising position in her bedroom. But Gresham has stated in writing that he never made this statement, and I have it on the authority of the former curator of the Wade Center, Lyle Dorsett, that Douglas's statement is not on the tape or in the typewritten transcript that was made from it.

When Tolkien was asked by his publisher to write a sequel to 'The Hobbit', he needed a link... so this is what he said about it himself :

“If you wanted to go on from the end of The Hobbit I think the ring would be your inevitable choice as the link. If then you wanted a large tale, the Ring would at once acquire a capital letter; and the Dark Lord would immediately appear.  As he did unasked, on the hearth at Bag End as soon as I came to that point.  So the essential Quest started at once.

But I met a lot of things on the way that astonished me.  Tom Bombadil I knew already; but I had never been to Bree.  Strider sitting in the corner at the inn was a shock, and I had no more idea who he was than had Frodo.  The Mines of Moria had been a mere name; and of Lothlórien no word had reached my mortal ears till I came there.  Far away I knew there were the Horse-lords on the confines of an ancient of , but was an unforeseen adventure.  I had never heard of the House of Eorl nor of the Stewards of Gondor.  Most disquieting of all, Saruman had never been revealed to me, and I was as mystified as Frodo at Gandalf's failure to appear on September 22.  I knew nothing of the Palantiri, though the moment the Orthanc-stone was cast from the window, I recognised it, and knew the meaning of the 'rhyme of lore' that had been running in my mind: "seven stars and seven stones and one white tree".  The rhymes and names will crop up; but they do not always explain themselves... "

Posted by Arborfield at 5:33 pm No comments: 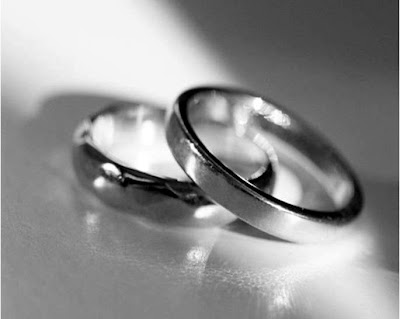 O THINK not, sweet, to what wild end
Thy love soe'er is bent,
Thou canst that breast of sighs commend
To more relinquishment.

To fuller licence canst commit
Than knew'st thou this long while,
Since once the yielding heart of it
Was flagrant in a smile,

Since once, when truest modesty
Itself no more mistook,
Thy spirit's passion, shaken free.
So triumphed in one look,

That never can surrender new
More openness imply,
And all thou canst for ever do
Shall that but ratify.

Charles Williams
Poems of Conformity (OUP 1917)
Posted by Arborfield at 6:21 pm No comments: 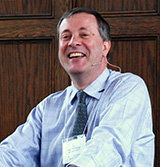 Alister McGrath's top 5 book choice... hint, it just might include an Inkling!
Posted by Arborfield at 1:49 pm No comments:

The Flight of the Noldoli from Valinor 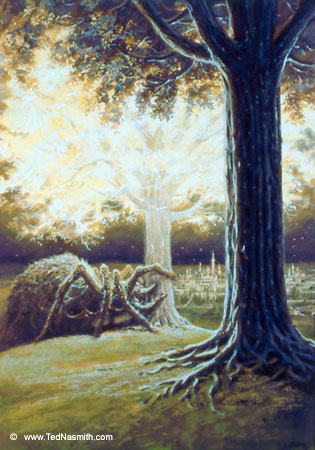 (Image: 'Ungoliant and the Two Trees' by Ted Nasmith)

A! the Trees of Light,     tall and shapely,
gold and silver,     more glorious than the sun,
than the moon more magical,     o'er the meads of the Gods
their fragrant frith     and flowerladen
gardens gleaming,     once gladly shone.
In death they are darkened,     they drop their leaves
from blackened branches     bled by Morgoth
and Ungoliant the grim     the Gloomweaver.
In spider's form     despair and shadow
a shuddering fear     and shapeless night
she weaves in a web     of winding venom
that is black and breathless.     Their branches fail,
the light and laughter     of their leaves are quenched.
Mirk goes marching,     mists of blackness,
through the halls of the Mighty     hushed and empty,
the gates of the Gods     are in gloom mantled. 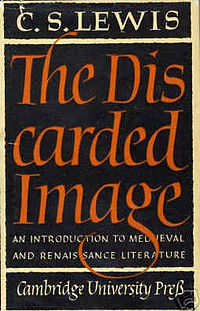 Mars makes iron.  He gives men the martial temperament, ' sturdy hardiness', as the Wife of Bath calls it.  But he is a bad planet, Infortuna Minor.  He causes wars.  His sphere, in Dante, is the Heaven of martyrs; partly for the obvious reason but partly, I suspect, because of a mistaken philological connection between martyr and Martem.

Sol is the point at which the concordat between the mythical and the astrological nearly breaks down.  Mythi­cally, Jupiter is the King, but Sol produces the noblest metal, gold, and is the eye and mind of the whole universe.  He makes men wise and liberal and his sphere is the Heaven of theologians and philosophers.  Though he is no more metallurgical than any other planet his metallurgical operations are more often mentioned than theirs.  We read in Donne's Allophanes and Idios how soils which the Sun could make into gold may lie too far from the surface for his beams to take effect (61).  Spenser's Mammon brings his hoard out to 'sun’ it.  If it were already gold, he would have no motive for doing this.  It is still hore (grey); he suns it that it may become gold.   Sol produces fortunate events.

In beneficence Venus stands second only to Jupiter; she is Fortuna Minor.  Her metal is copper.  The connection is not clear till we observe that was once famed for its copper mines; that copper is cyprium, the Cyprian metal; and that Venus, or Aphrodite, especially worshipped in that island, the Lady of Cyprus.  In mortals she produces beauty and amorousness; in history, fortunate events.  Dante makes her sphere the Heaven not, as we might expect from a more obvious poet, of the charitable, but of those, now penitent, who in this life loved greatly and lawlessly.  Here he meets Cunizza, four times a wife and twice a mistress, and Rahab the harlot (Paradiso, ix).  They are in swift, incessant flight (viii, 19-27) — a likeness in unlikeness to the impenitent and storm-borne lovers of Inferno, v.

Mercury produces quicksilver.  Dante gives his sphere to beneficent men of action.  Isidore, on the other hand, says this planet is called Mercurius because he is the patron of profit (mercibus praeest).    Gower says that the man born under Mercury will be 'studious' and 'in writinge curious'...

C.S.  Lewis
The Discarded Image
Chapter V – The Heavens
Posted by Arborfield at 8:42 pm No comments: