A stone for a lover, not for a poet. 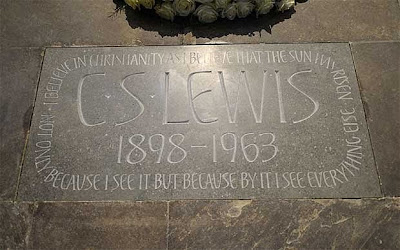 At the dedication of a memorial (pictured here) to C S Lewis in Poets’ Corner yesterday, the Westminster Abbey choir sang one of his poems, “Love’s as Warm as Tears” (to a setting by Paul Mealor, who wrote the music for Ubi Caritas at the wedding of the Duke and Duchess of Cambridge in 2011).

Lewis was not a great poet, if a more accomplished one than Adam Fox, whose memorial is visible across the south transept. Lewis had plotted to have Fox, a clerical fellow of Magdalen, elected Professor of Poetry in 1938, even though the candidate himself was well aware of his limitations as a poet or academic. (He admired Plato and wrote a long poem called Old King Coel, published by the Oxford University Press.)

The success of Lewis’s scheme probably lost him any professorship at , but he was turning in any case against academic politics (as reflected in his novel That Hideous Strength). His neglect by at least led to his appointment to a chair at , which in turn made him write The Discarded Image, his most powerful vehicle for an alternative world view. So much for consequences.

As for Lewis’s poetry, much of it dates from before he embraced Christianity, and in it can be found resentment against the slaughter of the First World War, and, beyond that, against the putative maker of the universe.

Adherence to Christianity may be no requirement for a memorial in the Abbey, but Lewis is generally regarded as a strong Christian apologist. Why? Not, I think for some of his straightforward works in defence of the Christian position. The Problem of Pain is a weak book on a subject that interested him too much and which even mars his Reflections on the Psalms (despite the book’s convincing defence of the Psalms as poetry). Few would turn to Miracles, either, and be satisfied.

No, readers not already in his fan club find themselves most moved in mind by his imaginative writing, such as The Screwtape Letters, from an older to a younger devil, as read on Radio Four this week, or more so by his seven children’s books about Narnia. Lewis saw them as a kind of myth-making, like his friend Tolkien’s tales.

But there is also a certain amount of allegory. (Aslan stands for Christ, no doubt, or, if one may say it without disrespect, he is what the Second Person of the Blessed Trinity would be like if he had become incarnate as a talking lion). Tolkien hated allegory; Lewis read Medieval and Renaissance allegory by the yard for pleasure.

Rowan Williams, who preached yesterday, observed that Lewis (in unlikely alliance with Orwell) knew that you couldn’t trust someone who did terrible things to language. It is indeed the reality of his language that makes Lewis’s style so readable, and his character as an author so likeable. But was he a saint?

He is commemorated by the Episcopal Church (Anglicans in the ) in its calendar of Holy Women, Holy Men. So are Florence Nightingale, John Calvin and Pope John XIII.

What, then, did Lewis know of love? More than you might think from his scholarly tome The Allegory of Love or his philosophical The Four Loves.

The Abbey was filled yesterday with the rich, English-accented voice of Lewis, from the only surviving BBC recording of his broadcasts. Don’t go to Christ, he said, for the sake of developing a fuller personality. “Look for yourself and you will get only hatred, loneliness, despair and ruin.” The true person will only emerge “if you’re looking for something else”.

This search is not comfortably passive. Love, his poem says, brings the sap of spring, whispering “Dare!” and saying: “Ease, safety, rest, / Are good; not best.” 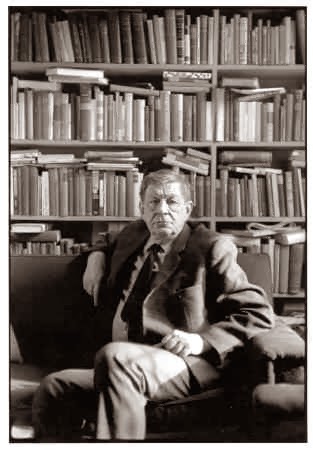 
W. H. Auden, worked with Charles Williams on a collection of Poetry he edited for Oxford University Press. Many years after first meeting Williams, he would recall that interview in surprising terms and mark it as one of the events that led him to embrace the Christian faith:

"For the first time in my life, [I] felt myself in the presence of personal sanctity... I had met many good people before who made me feel ashamed of my own shortcomings but in the presence of this man... I did not feel ashamed. I felt transformed into a person who was incapable of doing or thinking anything base or unloving (I later discovered that he had had a similar effect on many other people.)"

How could a conversation about 'literary business' generate such an aura of 'personal sanctity'? Yet Williams simply made an exceptionally powerful impression on almost all who knew him.
Posted by Arborfield at 11:48 am 1 comment:

Inkling Neville Coghill habitually took notes at lectures and minutes of meetings in Chaucerian English, just a small sample will suffice from 1923, never mind the context!“Sir Lewis was ther; a good philosópherHe hadde a noblé paper for to offer.Well couthe he speken in the Greeké tongue;And yet, his countenance was swythé yong.”C.S. Lewis
All My Road Before Me, Page 192
Posted by Arborfield at 8:42 am No comments: 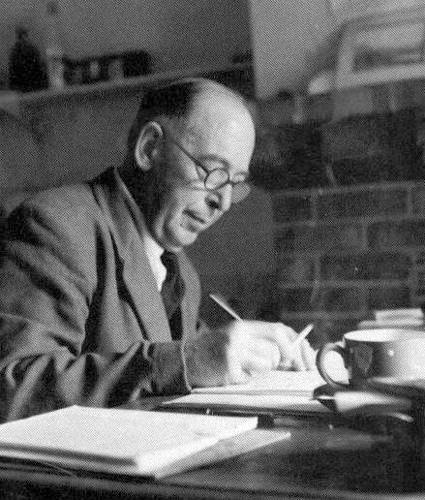 C.S. Lewis’ favourite psalm was Psalm 19. In Reflections on the Psalms, Lewis said of Psalm 19, "I take this to be the greatest poem in the Psalter and one of the greatest lyrics in the world."


In my opinion this three-part psalm perfectly encapsulates Lewis's three-part experience of Joy. Psalm 19 is related to Lewis' description of space in the fifth chapter of Out of the Silent Planet. That passage begins with "He had read of space..." and ends with "the heavens which declared the glory...".


In 1992 I published a full-sized 1993 C. S. Lewis calendar for readers of The Lewis Legacy, and for June I included "The Ten Books That Influenced C.S. Lewis the Most"; this list was composed by Lewis himself in 1962 for a delightful series in The Christian Century.


THE EVERLASTING MAN by G. K. Chesterton
THE AENEID by Virgil
THE TEMPLE by George Herbert
THE PRELUDE by William Wordsworth
THE IDEA OF THE HOLY by Rudolph Otto
THE CONSOLATION OF PHILOSOPHY by Boethius
THE LIFE OF SAMUEL JOHNSON by James Boswell
DESCENT INTO HELL by Charles Williams
THEISM AND HUMANISM by Arthur James Balfour 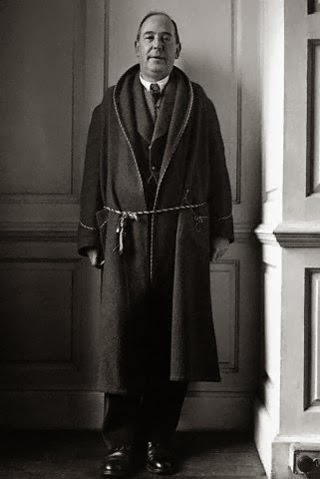 From all my lame defeats and oh! much more
From all the victories I have seemed to score;
From cleverness shot forth in Thy behalf,
At which, while angels weep, the audience laughs;
From all my proofs of Thy divinity,
Thou, who would’st give no sign, deliver me,
Thoughts are but coins.  Let me not trust, instead
Of Thee, the thumb-worn image of Thy head;
From every thought, even from my thoughts of Thee,
Oh thou fair Silence! fall and set me free.
Lord of the straight way and the needle’s eye,
Take from me all my trumpery lest I die. 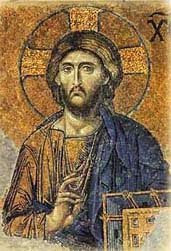 The beginning of Christendom is, strictly, as a point out of time.  A metaphysical trigonometry finds it among the spiritual Secrets, at the meeting of two heavenward lines, one drawn from Bethany along the Ascent of Messais, the other from Jerusalem against the Descent of the Paraclete. That measurement, the measurement of eternity in operation, of the bright cloud and the rushing wind, is, in effect, theology.

Charles Williams
First Paragraph of "The Descent of the Dove" (1939)
Posted by Arborfield at 8:33 am No comments: