On the Passing of Time

The passing seasons are but ripples ever repeated in the long long stream.
LEGOLAS
The 'immortality' of the Elves is a subject of endless fascination for the mortal races, usually motived by jealousy or a lack of understanding. Being uninhibited by old age and death, Men or Dwarves would finally achieve the scope to indulge in endless, productive action, but the Elves (especially those of the Third Age) have no such ambition. For them, reminiscing about and preserving the light and beauty of the Elder Days - fighting 'the long defeat' in Galadriel's words - is enough.
David Rowe
http://misterdavid.typepad.com/middle_earth/
Posted by Arborfield at 7:09 am 2 comments:

Him Carcharoth, the Red Maw, name
the songs of Elves. Not yet he came
disastrous, ravening, from the gates
of Angband. There he sleepless waits;
where those great portals threatening loom
his red eyes smoulder in the gloom,
his teeth are bare, his jaws are wide;
and none may walk; nor creep, nor glide,
nor thrust with power his menace past
to enter Morgoth's dungeon vast.
Now, lo! Before his watchful eyes
a slinking shape he far descries
that crawls into the frowning plain
and halts at gaze, then on again
comes stalking near, a wolvish shape
haggard, wayworn, with jaws agape;
and o'er it batlike in wide rings
a reeling shadow slowly wings.
Such shapes there oft were seen to roam,
this land their native haunt and home;
and yet his mood with strange unease
is filled, and boding thoughts him seize.

The Geste of Beren and Lúthien
by J.R.R. Tolkien
Posted by Arborfield at 7:37 am 2 comments:

The Song of the Ents 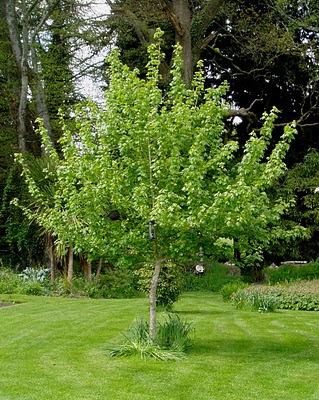 Some New links added... see left
Posted by Arborfield at 5:48 am No comments: 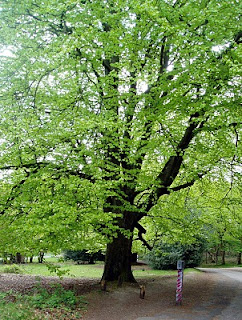 We do not look at trees either as Dryads or as beautiful objects while we cut them into beams: the first man who did so may have felt the price keenly, and the bleeding trees in Virgil and Spenser may be far-off echoes of that primeval sense of impiety. The stars lost their divinity as astronomy developed, and the Dying God has no place in chemical agriculture. To many, no doubt, this process is simply the gradual discovery that the real world is different from what we expected... but that is not the whole story. It is not the greatest of modern scientists who feel most sure that the object, stripped of its qualitative properties and reduced to mere quantity, is wholly real. Little scientists, and little unscientific followers of science, may think so. The great minds know very well that the object, so treated, is an artificial abstraction, that something of its reality has been lost. 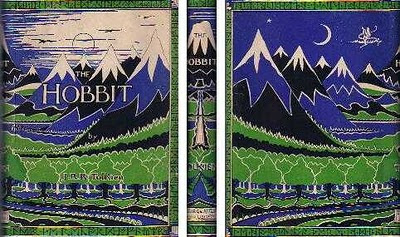 This is one of the most freshly original and delightfully imaginative books for children that have appeared in many a long day. Like "Alice in Wonderland," it comes from Oxford University, where the author is Professor of Anglo-Saxon, and like Lewis Carroll's story, it was written for children that the author knew (in this case his own four children) and then inevitably found a larger audience.

The period of the story is between the age of Faerie and the dominion of men. To an adult who reads of Smaug the Dragon and his hoard, won by the dwarves but claimed also by the Lake men and the Elven King, there may come the thought of how legend and tradition and the beginning of history meet and mingle, but for the reader from 8 to 12 "The Hobbit" is a glorious account of a magnificent adventure, filled with suspense and seasoned with a quiet humor that is irresistible.

Hobbits are (or were) a small people, smaller than dwarves - and they have no beards - but very much larger than liliputians. There is little or no magic about them, except the ordinary everyday sort which helps them to disappear quietly and quickly when large, stupid folk like you and me come blundering along, making a noise like elephants which they can hear a mile off. They are inclined to be fat in the stomach; they dress in bright colors, chiefly green and yellow; wear no shoes because their feet grow natural leathery soles and thick, warm brown hair; have long, clever, brown fingers, good-natured faces and laugh deep, fruity laughs (especially after dinner, which they have twice a day, when they can get it).

Bilbo Baggins was a hobbit whom we find living in his comfortable, not to say luxurious, hobbit hole, for it was not a dirty, wet hole, nor yet a bare, sandy one, but inside its round, green door, like a porthole, there were bedrooms, bathrooms, cellars, pantries, kitchens and dining rooms, all in the best of hobbit taste. All Bilbo asked was to be left in peace in this residence, known as "Bag-End," for hobbits are naturally homekeeping folk, and Bilbo had no desire for adventure. That is to say, the Baggins' side of him had not, but Bilbo's mother had been a Took, and in the past the Tooks had intermarried with a fairy family. It was the Took strain that made the little hobbit, almost against his will, respond to the summons of Gandalf the Wizard to join the dwarves in their attempt to recover the treasure which Smaug the dragon had stolen from their forefathers. Bilbo has an engaging, as well as an entirely convincing, personality; frankly scornful of the heroic (except in his most Tookish moments), he nevertheless plays his part in emergencies with a dogged courage and resourcefulness that make him in the end the real leader of the expedition.

After the dwarves and Bilbo have passed "The Last Homely House" their way led through Wilderland, over the Misty Mountains and through forests that suggest those of William Morris's prose romances. Like Morris's countries, Wilderland is Faerie, yet it has an earthly quality, the scent of trees drenching rains and the smell of woodfires.

The tale is packed with valuable hints for the dragon killer and adventurer in Faerie. Plenty of scaly monsters have been slain in legend and folktale, but never for modern readers has so complete a guide to dragon ways been provided. Here, too, are set down clearly the distinguishing characteristics of dwarves, goblins, trolls and elves. The account of the journey is so explicit that we can readily follow the progress of the expedition. In this we are aided by the admirable maps provided by the author, which in their detail and imaginative consistency, suggest Bernard Sleigh's "Mappe of Fairyland."

The songs of the dwarves and elves are real poetry, and since the author is fortunate enough to be able to make his own drawings, the illustrations are a perfect accompaniment to the text. Boys and girls from 8 years on have already given "The Hobbit" an enthusiastic welcome, but this is a book with no age limits. All those, young or old, who love a fine adventurous tale, beautifully told, will take "The Hobbit" to their hearts.

The audacious and unabashed believer or the sceptical ironist 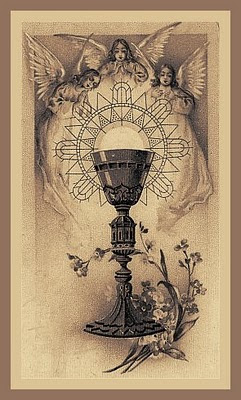 There is ... a quality in his prose that is both ubiquitous and unsettling. Some readers will consider this quality to be a great strength in Williams' prose, and others will write it down as a weakness. It is an extension of the rather elliptical quality that we observed in his handling of Isabel. An amateurish and quasi-psychological way of getting at this quality would be to guess that Williams never could make up his mind which image of himself he liked better: the audacious and unabashed believer or the sceptical ironist.

He obviously was enthralled with everything preternatural, from the black arts and the Cabbala to the Mass; and there is something electrifying (and you get the impression that Williams enjoyed being electrifying) about a literate man in modern London and Oxford who makes no bones about believing all sorts of unclassifiable things like Virgin Birth and so forth that ordinary moderns balk at. On the other hand, there is something slightly eager, even fevered, in what looks like the wish on Williams' part that we see him as an easy member of the urbane and donnish fraternity of sceptics.

He had not himself been to university, least of all to Oxford, and he cannot have been indifferent to the stigma. If it comes to kindred minds, we seem to hear him saying to himself, give me the Sir Bernards of this world. He has a whole section in his brief history of the Church on "the quality of disbelief", and he cannot conceal his fascination with Voltaire and company.

Williams himself was squarely on the side of the orthodox believers, as his books and his circle of friends at I Oxford testify. But his prose seems bedevilled with an intermittent uncertainty of tone.

Thomas Howard
"Shadows of Ecstacy"
The Novels of Charles Williams (1983) OUP
Posted by Arborfield at 9:03 pm No comments:

Screwtape on the death of death 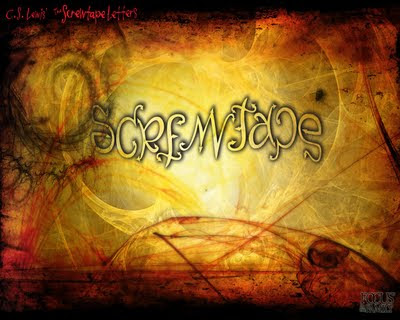 C.S. Lewis
The Screwtape Letters
Posted by Arborfield at 10:32 am No comments: