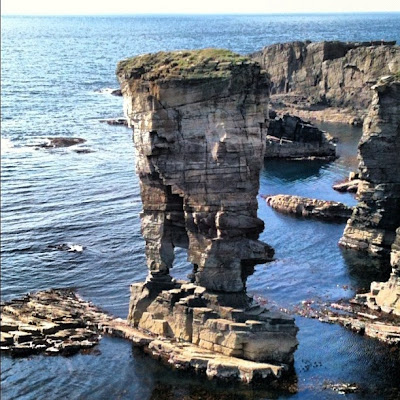 Note: Lamorak was the son of King Pellinore and in some legends the brother of Percivale. He was one of the strongest Knights of the Round Table. Lamorak was the lover of Morgause, whose husband King Lot of Orkney had been killed by Lamorak's father, Pellinore.
Posted by Arborfield at 5:56 am No comments: 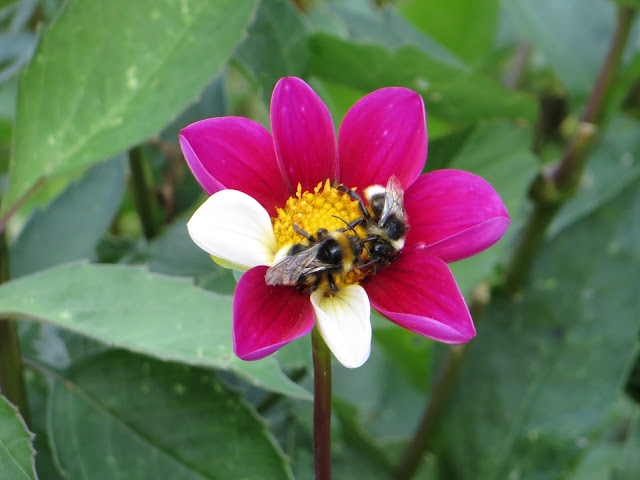 Many of those familiar with J. K. Rowling's Harry Potter books, or the films based on them, have been surprised to discover that the name of the headmaster of Hogwarts School also occurs in Tolkien's writings.  (They might be even more surprised to find it in Thomas Hardy's The Mayor of Casterbridge.)  The word is recorded by the OED as a dialect name for the bumblebee (and certain other insects), with quotations dating back to 1787.  Tolkien used it in some versions of his poem 'Errantry', in which the 'merry passenger', we are told, 'battled with the Dumbledores' (HME VII. 86, 88).

The Ring of Words
Tolkien and the Oxford English Dictionary
(OUP 2006)
Posted by Arborfield at 8:02 am No comments: 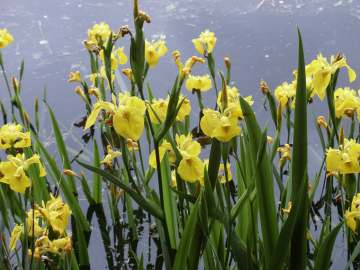 "They took a boat and went down to the Gladden Fields, where there were great beds of iris and flowering reeds."

Gladden is Tolkien's updating of the Old English word glaedene 'iris'.  This is recorded in an Old English document from the 9th (or possibly the 8th) century.  In the names Gladden River and Gladden Fields in The Lord of the Rings, Tolkien intended the word to refer to the 'yellow flag' (Iris pseudacorus), which grows by streams and in marshes (Lett. 297).  The Old English word in fact continued in later use in the slightly different form gladdon, though, as Tolkien went on to explain, the name is now usually applied to a different species, the purple-flowered Irisfoetidissima (or 'stinking iris').  The word is now rarely found outside regional dialects.

The OED entry (gladdon) quotes a line from the Middle English romance The Wars of Alexander, evoking an image reminiscent of the Gladden Fields: a dryi meere was full ofgladen & of gale & ofgrete redis (a dry lake was full of gladdon and bog-myrtle and great reeds).

The Ring of Words
Tolkien and the English Dictionary
OUP (2006)
Posted by Arborfield at 8:11 am No comments: 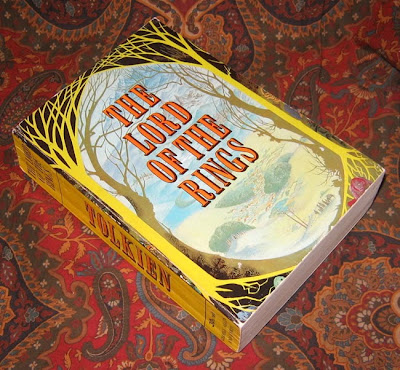 [Before writing a review of The Lord of the Rings, Michael Straight, the editor of New Republic, wrote to Tolkien asking a number of questions: first, whether there was a 'meaning' in Gollum's rôle in the story and in Frodo's moral failure at the climax...

[Not dated; probably January or February 1956.]

Thank you for your letter. I hope that you have enjoyed The Lord of the Rings? Enjoyed is the key-word. For it was written to amuse (in the highest sense): to be readable. There is no 'allegory', moral, political, or contemporary in the work at all.

It is a 'fairy-story', but one written – according to the belief I once expressed in an extended essay 'On Fairy-stories' that they are the proper audience – for adults. Because I think that fairy story has its own mode of reflecting 'truth', different from allegory, or (sustained) satire, or 'realism', and in some ways more powerful. But first of all it must succeed just as a tale, excite, please, and even on occasion move, and within its own imagined world be accorded (literary) belief. To succeed in that was my primary object.

But, of course, if one sets out to address 'adults' (mentally adult people anyway), they will not be pleased, excited, or moved unless the whole, or the incidents, seem to be about something worth considering, more e.g. than mere danger and escape: there must be some relevance to the 'human situation' (of all periods). So something of the teller's own reflections and 'values' will inevitably get worked in. This is not the same as allegory. We all, in groups or as individuals, exemplify general principles; but we do not represent them. The Hobbits are no more an 'allegory' than are (say) the pygmies of the African forest. Gollum is to me just a 'character' – an imagined person – who granted the situation acted so and so under opposing strains, as it appears to he probable that he would (there is always an incalculable element in any individual real or imagined: otherwise he/she would not be an individual but a 'type'.)

I will try and answer your specific questions. The final scene of the Quest was so shaped simply because having regard to the situation, and to the 'characters' of Frodo, Sam, and Gollum, those events seemed to me mechanically, morally, and psychologically credible. But, of course, if you wish for more reflection, I should say that within the mode of the story the 'catastrophe' exemplifies (an aspect of) the familiar words: 'Forgive us our trespasses as we forgive them that trespass against us. Lead us not into temptation, but deliver us from evil.'

'Lead us not into temptation &c' is the harder and the less often considered petition. The view, in the terms of my story, is that though every event or situation has (at least) two aspects: the history and development of the individual (it is something out of which he can get good, ultimate good, for himself, or fail to do so), and the history of the world (which depends on his action for its own sake) – still there are abnormal situations in which one may be placed. 'Sacrificial' situations, I should call them: sc. positions in which the 'good' of the world depends on the behaviour of an individual in circumstances which demand of him suffering and endurance far beyond the normal – even, it may happen (or seem, humanly speaking), demand a strength of body and mind which he does not possess: he is in a sense doomed to failure, doomed to fall to temptation or be broken by pressure against his 'will': that is against any choice he could make or would make unfettered, not under the duress.

Frodo was in such a position: an apparently complete trap: a person of greater native power could probably never have resisted the Ring's lure to power so long; a person of less power could not hope to resist it in the final decision. (Already Frodo had been unwilling to harm the Ring before he set out, and was incapable of surrendering it to Sam.)

The Letters of J.R.R. Tolkien
#181 to Michael Straight
Posted by Arborfield at 2:16 pm No comments: 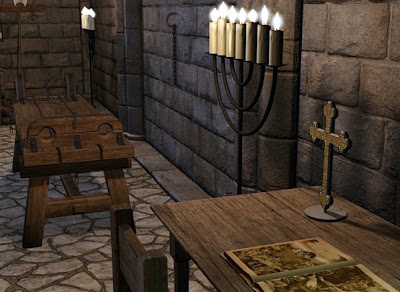 
Charles Williams
The Descent of the Dove
Posted by Arborfield at 9:18 am No comments: