All that is not Eternal 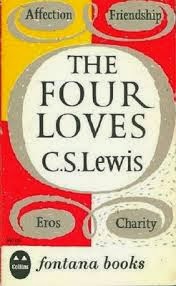 Theologians have sometimes asked whether we shall "know one another" in Heaven, and whether the particular love-relations worked out on earth would then continue to have any significance. It seems reasonable to reply: "It may depend what kind of love it had become, or was becoming, on earth." For, surely, to meet in the eternal world someone for whom your love in this, however strong, had been merely natural, would not be (on that ground) even interesting.

Would it not be like meeting in adult life someone who had seemed to be a great friend at your preparatory school solely because of common interest and occupations? If there was nothing more, if he was not a kindred soul, he will now be a total stranger. Neither of you now plays conkers. You no longer want to swop your help with his French exercise for his help with your arithmetic.

In Heaven I suspect, a love that had never embodied Love Himself would be equally irrelevant. For Nature has passed away. All that is not eternal is eternally out of date. 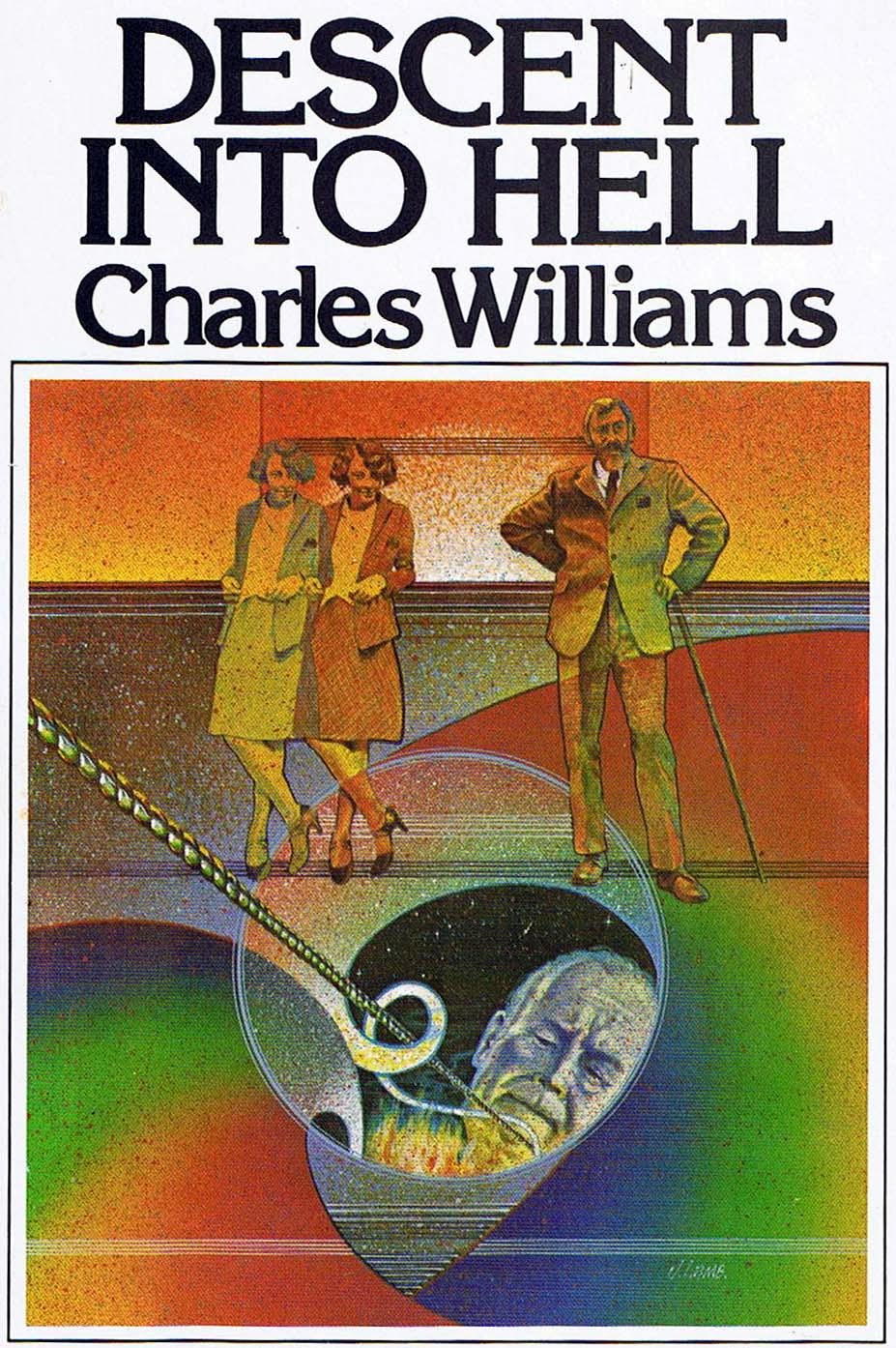 A letter to Rayner Unwin 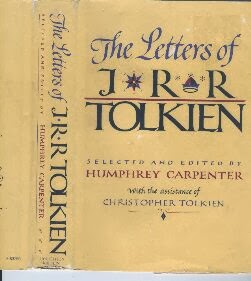 From a letter to Rayner Unwin

[The radio adaptation of The Lord of the Rings was discussed on the BBC programme 'The Critics'; and on 16 November, W. H. Auden gave a radio talk about the book in which he said: 'If someone dislikes it, I shall never trust their literary judgement about anything again.'  Meanwhile Edwin Muir, reviewing The Return of the King in the Observer on 27 November, wrote: 'All the characters are boys masquerading as adult heroes ... and will never come to puberty. ... Hardly one of them knows anything about women.']

I agreed with the 'critics' view of the radio adaptation; but I was annoyed that after confessing that none of them had read the book they should turn their attention to it and me — including surmises on my religion.  I also thought Auden rather bad – he cannot at any rate read verse, having a poor rhythmical sense; and deplored his making the book 'a test of literary taste'.  You cannot do that with any work – and if you could you only infuriate.  I was fully prepared for Robert Robinson's rejoinder 'fair-ground barker'.  But I suppose all this is good for sales.  My correspondence is now increased by letters of fury against the critics and the broadcast.  One elderly lady – in part the model for 'Lobelia' indeed, though she does not suspect it – would I think certainly have set about Auden (and others) had they been in range of her umbrella.

I hope in this vacation to begin surveying the Silmarillion; though evil fate has plumped a doctorate thesis on me...


Blast Edwin Muir and his delayed adolescence.  He is old enough to know better.  It might do him good to hear what women think of his 'knowing about women', especially as a test of being mentally adult.  If he had an M.A. I should nominate him for the professorship of poetry – a sweet revenge.

The Letters of J.R.R. Tolkien
Posted by Arborfield at 7:23 pm No comments: 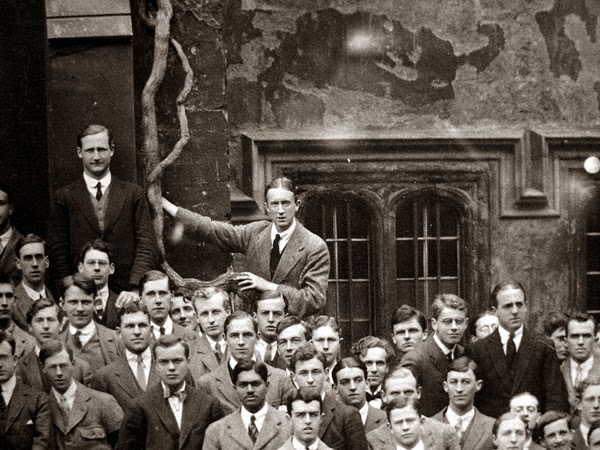 Yes, it's JRRT at the back holding on to the tree.  Exeter College, Oxford students in June 1914.  Within 4 years many of these young men would be dead.  I hope you will not mind a personal comment from me, "What a waste."

I am afraid this is becoming a dreadful bore, and going on too long, at any rate longer than 'this contemptible person before you' merits. But it is difficult to stop once roused on such an absorbing topic to oneself as oneself. As for the conditioning: I am chiefly aware of the linguistic conditioning. I went to King Edward's School and spent most of my time learning Latin and Greek; but I also learned English. Not English Literature! Except Shakespeare (which I disliked cordially), the chief contacts with poetry were when one was made to try and translate it into Latin. Not a bad mode of introduction, if a bit casual. I mean something of the English language and its history. I learned Anglo-Saxon at school (also Gothic, but that was an accident quite unconnected with the curriculum though decisive — I discovered in it not only modern historical philology, which appealed to the historical and scientific side, but for the first time the study of a language out of mere love: I mean for the acute aesthetic pleasure derived from a language for its own sake, not only free from being useful but free even from being the 'vehicle of a literature').

There are two strands, or three. A fascination that Welsh names had for me, even if only seen on coal-trucks, from childhood is another; though people only gave me books that were incomprehensible to a child when I asked for information. I did not learn any Welsh till I was an undergraduate, and found in it an abiding linguistic-aesthetic satisfaction. Spanish was another: my guardian was half Spanish, and in my early teens I used to pinch his books and try to learn it : the only Romance language that gives me the particular pleasure of which I am speaking - it is not quite the same as the mere perception of beauty: I feel the beauty of say Italian or for that matter of modern English (which is very remote from my personal taste): it is more like the appetite for a needed food. Most important, perhaps, after Gothic was the discovery in library, when I was supposed to be reading for Honour Mods, of a Finnish Grammar. It was like discovering a complete wine-cellar filled with bottles of an amazing wine of a kind and flavour never tasted before. It quite intoxicated me; and I gave up the attempt to invent an 'unrecorded' Germanic language, and my 'own language' – or series of invented languages – became heavily Finnicized in phonetic pattern and structure. 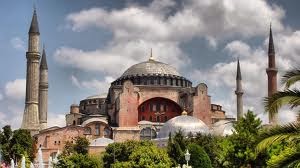 With the governments throughout the world now seeking to impose a foreign 'morality' on it's Christian subjects, I was reminded of the Prelude to Williams 'Taliessin' poems, and in particular the first two lines of 'Prelude II'. The whole context of Williams words here seem strangely prescient in the world of 2013 where once again we are engulfed in a battle of ideologies.

As Williams writes, "The blind rulers of Logres...", encapsulating for me the whole leadership of the liberal, I would say libertine, West. But what do you think?

I
Recalcitrant tribes heard;
orthodox wisdom sprang in Caucasia and ;
the glory of the Emperor stretched to the ends of the world.
In the season of midmost Sophia
the word of the Emperor established a kingdom in ;
they sang in Sophia the immaculate conception of wisdom.
Carbonek. Camelot, ,
were gates and containers, intermediations of light;
geography breathing geometry, the double-fledged Logos.

II
The blind rulers of Logres
nourished the land on a fallacy of rational virtue;
the seals of the saints were broken; the chairs of the Table reeled.
Galahad quickened in the Mercy;
but history began; the Moslem stormed ;
lost was the glory, lost the power and kingdom.
Call on the hills to hide us
lest, men said in the City, the lord of charity
ride in the starlight, sole flash of the Emperor's glory.

III
Evil and good were twins
once in the alleys of Ispahan; the Moslem
crying Alla il Alla destroyed the dualism of .
fell to the Moslem;
the mamelukes seized the ancient cornland of Empire.
is breached; the imams stand in Sophia.
Good is God, the muezzin
calls, but lost is the light on the hills of ,
Glory of the Emperor, glory of substantial being.