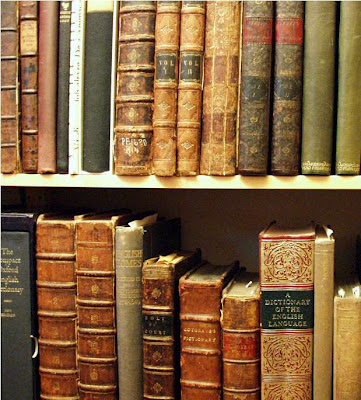 Sometimes, when a community is comparatively homogeneous and comparatively undisturbed over a long period, such a system of belief can continue, of course with development, long after material culture has progressed far beyond the level of savagery. It may then begin to turn into something more ethical, more philosophical, even more scientific; but there will be uninterrupted continuity between this and its savage beginnings. 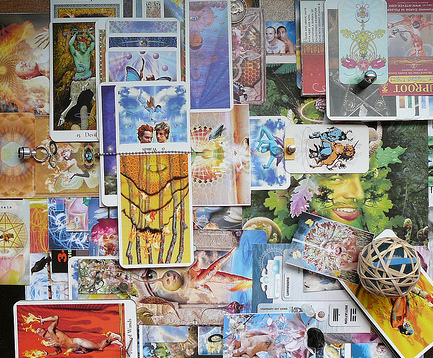 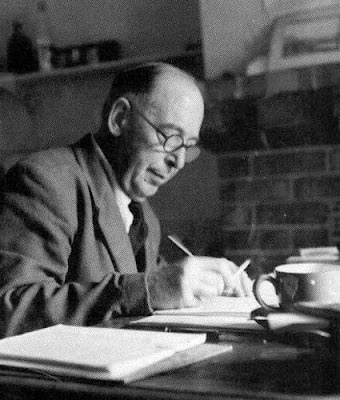 Returning to work on an interrupted story is not like returning to work on a scholarly article. Fact, however long the scholar has left them untouched in his notebook, will still prove the same conclusions; he has only to start the engine running again. But the story is an organism: it goes on surreptitiously growing or decaying while your back is turned. If it decays, the resumption of work is like trying to coax back to life an almost extinguished fire, or to recapture the confidence of a shy animal which you had only partially tamed at your last visit.
C.S. Lewis, English Literature in the Sixteenth Century, bk III.I (1954)
Posted by Arborfield at 8:54 pm No comments: 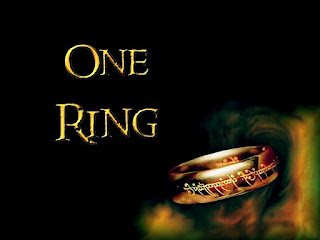 The most widely held position is that with the destruction of the One Ring all the remaining rings also lost their power (including the Three Elven Rings) and became ineffectual against the passage of time for which they were created.  The reasoning behind this is because the One Ring was embodied with the power necessary to bind and control all the Rings of Power when the One's power was destroyed so was the power of all the other Rings.  Those who held the Three; Gandalf, Elrond, and Galadriel departed over the sea into the West and took the Rings with them.

"Yet many voices were heard among the Elves foreboding that, if Sauron should come again, then either he would find the Ruling Ring that was lost, or at the best his enemies would discover it and destroy it; but in either chance the powers of the Three must then fail and all things maintained by them must fade, and so the Elves should pass into the twilight and the Dominion of Men begin."
[The Silmarillion]
"But when all these things were done, and the Heir of Isildur had taken up the lordship of Men, and the dominion of the West had passed to him, then it was made plain that the power of the Three Rings also was ended, and to the Firstborn the world grew old and grey."
[The Silmarillion]
"But what would happen, if the Ruling Ring were destroyed, as you counsel? asked Gloin.  We know not for certain, answered Elrond sadly.  Some hope that the Three Rings, which Sauron has never touched, would then become free, and their rulers might heal the hurts of the world that he has wrought.  But maybe when the One has gone, the Three will fail, and many fair things will fade and be forgotten.  That is my belief."
[The Fellowship of the Ring]

"Do you not see now wherefore your coming is to us as the footstep of Doom?  For if you fail, then we are laid bare to the Enemy.  Yet if you succeed, then our power is diminished, and Lothlórien will fade, and the tides of Time will sweep it away."
[The Fellowship of the Ring]

Because the primary power of the Three Rings is to slow or arrest the passage of time, Galadriel's words clearly mean that with the destruction of the One Ring, they too lose their power.
Posted by Arborfield at 4:16 pm No comments: 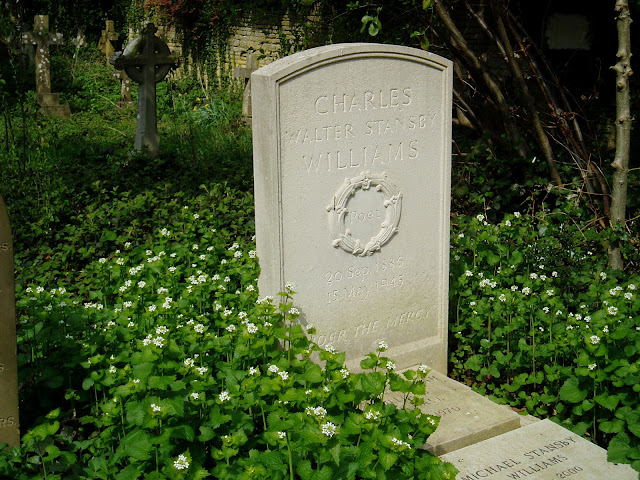 Over this grave* a star
Shines in the heavens high,
Beauty remote and afar,
Beauty that shall not die;

* In the original poem this is of course 'house'

Posted by Arborfield at 12:32 pm No comments: 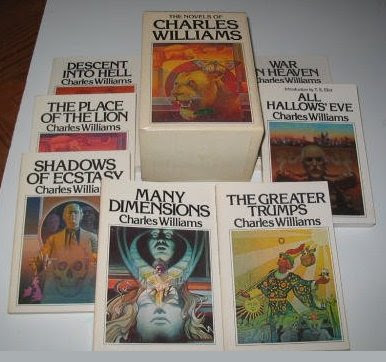 
What Beatrice was to Dante Thomas Howard is to readers of Charles Williams, whose novels are not exactly hell to read, but some may yet find them somewhat tough going. It's a pity, because as with the Latin Mass, if we only knew what we were missing we would clamor for more. Thankfully Ignatius Press has reprinted this book by Thomas Howard so that we do have a guide through this marvelous world.

In this book, originally published by Oxford University Press, Thomas Howard starts with the party line that Williams is a bad writer, and then shows us why he's a very good one (Thomas Howard can be very sneaky). He explains why CW can't be considered a “major” writer, and maybe not even a good candidate for a minor one, but by the end of the book one is convinced that the label “major” is too small to fit Charles Williams. Howard is similarly dismissive of his own writing in this book, even though it stands as one of his best (his best to date, in my opinion, is On Being Catholic). He suggests the reader not even read the whole book, but just jump around to the relevant parts for the Williams novel he/she is interested in.

Here again I must express a minority opinion: The Novels of Charles Williams reads seamlessly and grippingly start to finish. Anyone venturing into a Williams novel for the first time might find the water, as it were, initially cold and uninviting, regardless how heartily the swimmers urge him or her to dive in. Howard is like a personal trainer, both preparing the reader and helping them stay in shape when, gripped with the strange madness that afflicts readers of Williams novels, they recklessly swim further and further from shore. Howard is obviously among the initiates, and the more dismissive he is of Williams' standing as a writer, the more you want to read him. ’Nuff said. Dive in. The water's fine.