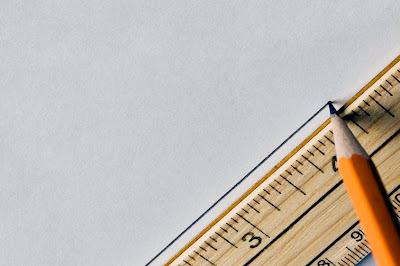 You must therefore conceal from the patient the true end of Humility. Let him think of it not as self-forgetfulness but as a certain kind of opinion (namely, a low opinion) of his own talents and character. Some talents, I gather, he really has. Fix in his mind the idea that humility consists in trying to believe those talents to be less valuable than he believes them to be . No doubt they are in fact less valuable than he believes, but that is not the point. The great thing is to make him value an opinion for some quality other than truth, thus introducing an element of dishonesty and make-believe into the heart of what otherwise threatens to become a virtue. By this method thousands of humans have been brought to think that humility means pretty women trying to believe they are ugly and clever men trying to believe they are fools. And since what they are trying to believe may, in some cases, be manifest nonsense, they cannot succeed in believing it and we have the chance of keeping their minds endlessly revolving on themselves in an effort to achieve the impossible.
C. S. Lewis, The Screwtape Letters (1942)
Posted by Arborfield at 8:13 am No comments: 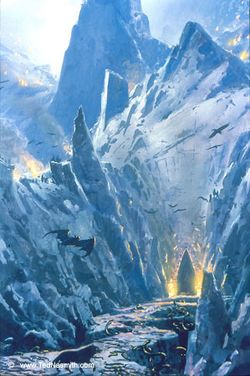 Into the vast and echoing gloom,
more dread than many-tunnelled tomb
in Labyrinthine pyramid
where everlasting death is hid,
down awful corridors that wind
down to a menace dark enshrined;
down to the mountain's roots profound,
devoured, tormented, bored and ground
by seething vermin spawned of stone;
down to the depths they went alone.
The arch behind of twilit shade
they saw recede and dwindling fade;
the thunderous forges' rumour grew,
a burning wind there roaring blew
foul vapours up from gaping holes.
Huge shapes there stood like carven trolls
enormous hewn of blasted rock
to forms that mortal likeness mock;
monstrous and menacing, entombed,
at every turn they silent loomed
in fitful glares that leaped and died.
There hammers clanged, and tongues there cried
with sound like smitten stone; there wailed
faint from far under, called and failed
amid the iron clink of chain
voices of captives put to pain. 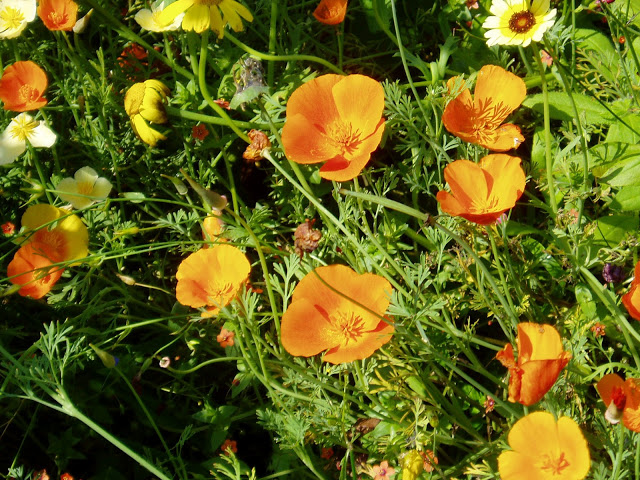 [My garden in July]

A garden...teems with life. It glows with colour and smells like heaven and puts forward at every hour of a summer day beauties which man could never have created and could not even, on his own resources, have imagined... when the garden is in its full glory the gardener's contributions to that glory will still have been in a sense paltry compared with those of nature. Without life springing from the earth, without rain, light and heat descending from the sky, he could do nothing. When he has done all, he has merely encouraged here and discouraged there, powers and beauties that have a different source. 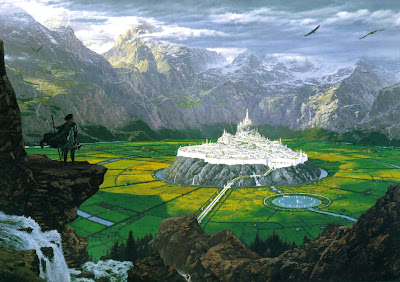 As recounted in The Silmarillion, the Vala Ulmo, the Lord of Waters, revealed the location of the Vale of Tumladen to the Noldorin Lord Turgon in a dream. Under this divine guidance, Turgon travelled from his kingdom in Nevrast and found the vale. Within the Echoriath, the Encircling Mountains, just west of Dorthonion and east of the River Sirion, lay a round level plain with sheer walls on all sides and a ravine and tunnel leading out to the southwest known as the Hidden Way. In the middle of the vale there was a steep hill which was called Amon Gwareth, the "Hill of Watching". There Turgon decided to found a great city that would be protected by the mountains and hidden from the Dark Lord Morgoth.

Turgon and his people built Gondolin in secret. After it was completed, he took with him to dwell in the hidden city his entire people in Nevrast - almost a third of the Noldor - as well as nearly three quarters of the northern Sindar. He originally named the city Ondolinde, which is Quenya for "The Rock of the Music of Water" after the springs of Amon Gwareth. The name was later changed to its Sindarin form.

The Hidden Way was protected by seven gates, all constantly guarded; the first of wood, then stone, bronze, iron, silver, gold, and steel. The city stood for nearly 400 years until it was betrayed to Morgoth by Maeglin, Turgon's nephew, and sacked by the Dark Lord's armies.
Posted by Arborfield at 11:56 am No comments:

Ballade of a Street Door 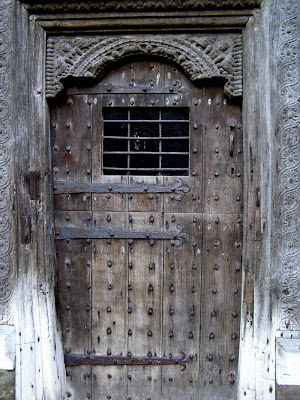 As I came up into the town
Wherein my father's house abide,
I met a man in tattered gown,
In ragged garment blowing wide,
With terror fleet and open-eyed ;
' Ho, whither now so fast, I pray ? '
Fearfully looked he back and cried :
' I pulled the bell and ran away !

' Good sir, if thou hast held renown
Among this people, be my guide !
I from their welcome, not their frown,
In shelter would obscurely hide.
For when, being tired, a latch I tried.
Whence came a sound of revels gay.
Fear rose within me like a tide, —
I pulled the bell and ran away.

' A voice called " Bring the festal crown ! "
And running footsteps gateward hied.
Wherethrough I heard, as they came down.
Great names that challenged and replied.
And torchlight through the chinks I spied
My soul became a wild dismay.
And as the doors began to slide
I pulled the bell and ran away ! '

Prince, was it you and I whose pride
So turned, so fled, upon our Day ?
Was it our voices then which sighed
' I pulled the bell and ran away ' ?

Of Fingon's Fate... and the Silmarils 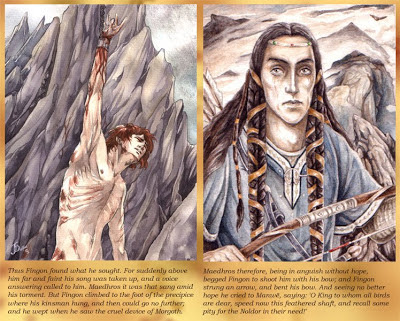 The wars and wandering of the Gnomes
this tale tells not. Far from their homes
they fought and laboured in the North.
Fingon daring alone went forth
and sought for Maidros where he hung;
in torment terrible he swung,
his wrist in band of forgéd steel,
from a sheer precipice where reel
the dizzy senses staring down
from Thangorodrim's stony crown.
The song of Fingon Elves yet sing,
captain of armies, Gnomish king,
who fell at last in flame of swords
with his white banners and his lords.
They sing how Maidros free he set,
and stayed the feud that slumbered yet
between the children proud of Finn.
Now joined once more they hemmed him in,
even great Morgoth, and their host
beleaguered Angband, till they boast
no Orc nor demon ever dare
their leaguer break or past them fare.
Then days of solace woke on earth
beneath the new-lit Sun, and mirth
was heard in the Great Lands where Men,
a young race, spread and wandered then.
That was the time that songs do call
the Siege of Angband, when like a wall
the Gnomish swords did fence the earth
from Morgoth's ruin, a time of birth,
of blossoming, of flowers, of growth;
but still there held the deathless oath,
and still the Silmarils were deep
in Angband's darkly-dolven keep.