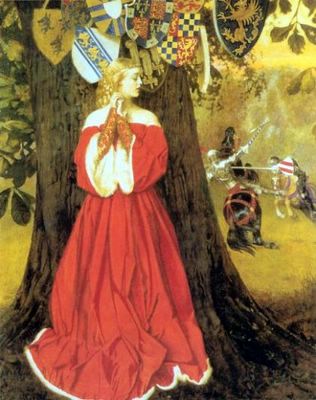 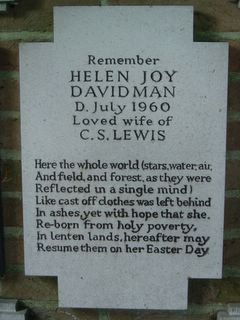 In Oxford Crematorium, just outside one of the chapels there is a small plaque on the wall. It was placed there at the behest of C.S. Lewis following the death of his beloved wife Joy Davidman. It reads: "Remember Helen Joy Davidman (loved wife of C. S. Lewis). Here the whole world (stars, water, air and field, and forest, as they were reflected in a single mind) like cast off clothes was left behind in ashes, yet with hope that she, reborn from Holy poverty, in Lenten lands, hereafter may Resume them on her Easter Day." 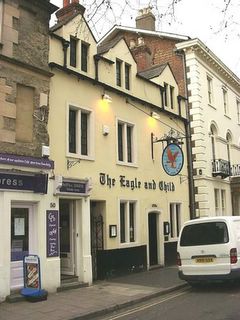 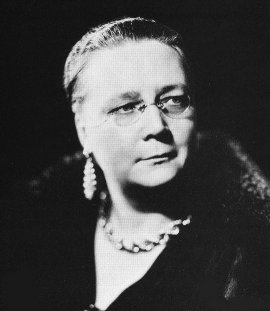 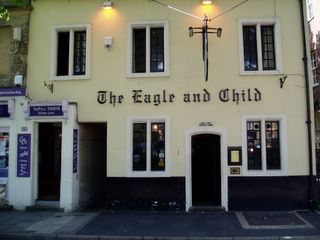 The divided nature of evil 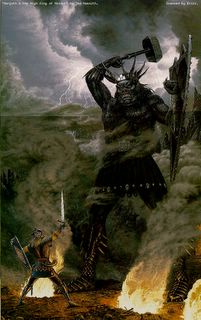 Morgoth might have been the most powerful being on Arda, but from all the battles and dark creations he forged (Carcharoth, the dragons, raising mountains, bearing the Simarils for centuries and losing his foot, etc.) his vitality and inherent power was being drained (this being illustrated in the forms Morgoth could or could not form for himself).

Sauron and the other captains of Angband were commanded by Morgoth, but he (Sauron) would eventually (in some distant future) have tried to supplant Morgoth as his strength was depleted (that is to say only if the War of Wrath never occurred).

Tolkien presents the forces of evil as continually in competition with each other, because they are essentially selfish. They co-operate only for some immediate advantage. So the orcs make a show of good fellowship, now and then, but fight each other at any time, and keep on dividing into smaller and smaller factions. Saruman will stab Sauron in the back any time, and Wormtongue will do the same for Saruman. So it is in the nature of things that Sauron would make a grab for supreme power if he thought he could get away with it.

In C.S. Lewis's The Screwtape Letters, addressed by a senior devil to a junior one, as uncle to nephew, they seem very friendly. But what the nephew wants is to betray his uncle so he can get his job, and what Screwtape actually wants is his nephew -- or at least a piece of him. That's friendship down there in the Lowerarchy, and I think Sauron and Morgoth would be the same.

Birth of Elanor the Fair, daughter of Samwise

(from the appendices - LOTR) 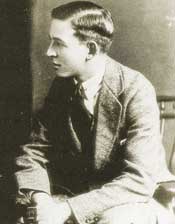 I know myself what others know far better -- how unfailingly courteous Lewis was in answering letters. I think I corresponded with him on three or four occasions...But there was a reply every time -- it might be quite brief, but it was always written for you and for nobody else.

I think this was his greatest secret. He hated casual contacts; human contact must, for him, be serious and concentrated and attentive, or it was better avoided. It might be for a moment only, but that was its invariable quality.

That is not only why so many people have precious memories of him; it is also why he couldn't write three words without the reader's feeling that they were written for him and him alone. It's why his massive books of scholarship read as delightfully as his children's stories, and why he's one of the few preachers who can be read without losing their message."

Erik Routley: C.S. Lewis at the Breakfast Table and Other Reminiscences