Richard Burton and Elizabeth Taylor’s connection with the Inklings! 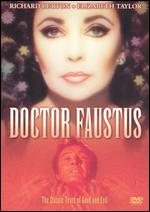 Richard Jenkins won a scholarship to Oxford University at just 16; he adopted his teacher's surname (Phillip Burton) and made his first stage performance at Oxford as an extra scrubbing steps. Soon Burton's extraordinary stage presence - another of his famous trademarks - was said to distract the audience from the Shakespearean play! However, his studies at Oxford lasted only six months 1942-3.

Much later in his career, Burton co-directed (along with Inkling Neville Coghill) a labour of love that records a performance given by Burton at Oxford University in 1966 of Christopher Marlowe's 400-year-old verse play 'Doctor Faustus'. Burton plays Faust, a medieval doctor who sells his soul to Mephistopheles in exchange for mastering all human knowledge. The Devil tempts Faust at every turn by confronting him with the seven deadly sins and Helen of Troy (Elizabeth Taylor), who appears throughout the film in various stages of undress. Doctor Faustus stands firm.

Very interesting man Coghill...
Posted by Arborfield at 8:29 am No comments: 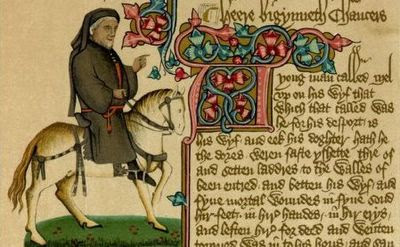 Inkling Neville Coghill did a great service to Chaucer in making his work live for many people who would not otherwise have been able to appreciate it. C S Lewis thought it masterly, and was very pleased that his friend's labour had brought the ancient text to modern eyes whilst retaining it's basic character.

A Postscript
Professor Coghill used to appear on request before various groups to read from his Chaucer translations, and, on one occasion which he cherished long after, a lady came up afterwards and said, "That was wonderful. Thank you so much. We are so sorry that Mrs. Chaucer was unable to come with you."
Posted by Arborfield at 9:08 am No comments: 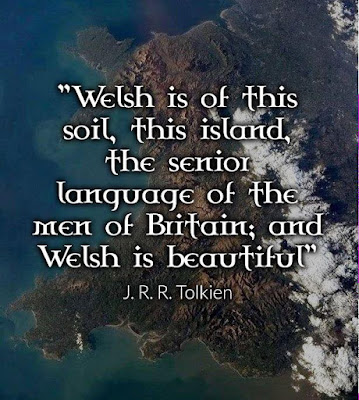 Now here is a Tolkien quote that most will never have encountered before... dyn treiddgar iawn Athro Tolkien...

(I do not know who created this wonderful image, but I do hope I have not upset anyone by reusing it)
Posted by Arborfield at 5:59 pm No comments: 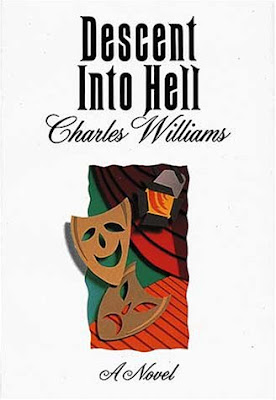 He describes his supernatural world with extraordinary particularity. Instead of obtruding the ghostly element upon the life of everyday, he assumes that life into the supernatural dimension: it is thus impossible to banish his phantoms from our own world, because we find ourselves inhabiting theirs, and subject to its laws."

Glen Cavaliero - 'The Novels of Charles Williams'
Posted by Arborfield at 7:25 pm No comments: 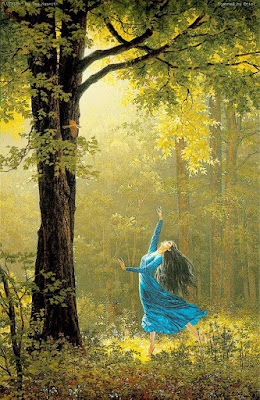 With so much of Tolkien's world having been made into movies of one kind or another, one wonders just how long it will be before the central tragedy of Beren and Lúthien will figure in such? Here are the first 22 lines of "The Geste", familiar to few it seems, but with an undeniable beauty and power.

A king there was in days of old:
ere Men yet walked upon the mould
his power was reared in cavern's shade,
his hand was over glen and glade.
His shields were shining as the moon,
his lances keen of steel were hewn,
of silver grey his crown was wrought,
the starlight in his banners caught;
and silver thrilled his trumpets long
beneath the stars in challenge strong;
enchantment did his realm enfold,
where might and glory, wealth untold,
he wielded from his ivory throne
in many-pillared halls of stone.
There beryl, pearl, and opal pale,
and metal wrought like fishes' mail,
buckler and corslet, axe and sword,
and gleaming spears were laid in hoard —
all these he had and loved them less
than a maiden once in Elfinesse;
for fairer than are born to Men
a daughter had he, Lúthien.

J.R.R. Tolkien ~ The Geste of Beren and Lúthien

Posted by Arborfield at 4:57 pm No comments: