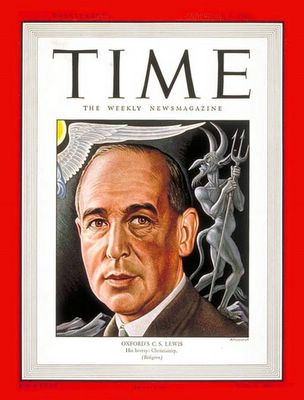 Nothing much has happened to me except that I saw a rabbit yawn. I suppose people who keep tame ones have seen it often but this was a wild rabbit and I thought it a v. curious sight. It was a very bored triangular yawn in the middle of a long hot afternoon...

Looking 'Along' and Looking 'At' 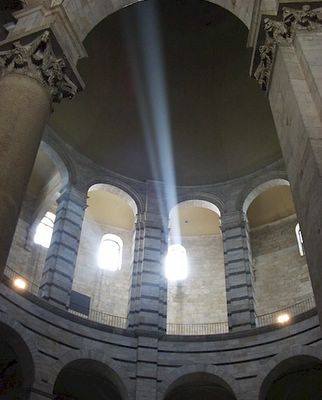 I was standing today in the dark toolshed. The sun was shining outside and through the crack at the top of the door there came a sunbeam. From where I stood that beam of light, with the specks of dust floating in it, was the most striking thing in the place. Everything else was almost pitch black. I was seeing the beam, not seeing things by it.

Then I moved, so that the beam fell on my eyes. Instantly the whole previous picture vanished. I saw no toolshed, and (above all) no beam. Instead I saw, framed in the irregular cranny at the top of the door, green leaves moving on the branches of a tree outside and beyond that, ninety-odd million miles away, the sun. Looking along the beam, and looking at the beam are very different experiences.

But this is only a very simple example of the difference between looking at and looking along. A young man meets a girl. The whole world looks different when he sees her. Her voice reminds him of something he has been trying to remember all his life, and ten minutes' casual chat with her is more precious than all the favours that all other women in the world could grant. He is, as they say, 'in love'. Now comes a scientist and describes this young man's experience from the outside. For him it is all an affair of the young man's genes and a recognized biological stimulus. That is the difference between looking along the sexual impulse and looking at it. 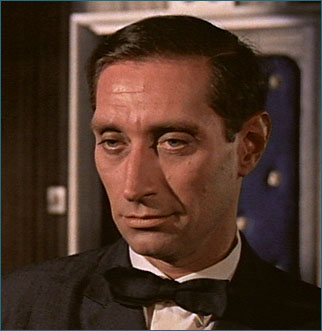 The year was 1959, Polish actor Vladek Sheybal arrived in England not knowing anyone and unable to speak English. He supported himself by working in menial jobs in a Polish delicatessen and then in an artifical jewellery shop in Brick Lane, London. When he finished his job at the jewellery shop, he took a train from Paddington station to Oxford with all his worldy goods in a small suitcase, and the only money he had in the world -- ten English pounds.

Soon after Vladek arrived in Oxford, the typical English weather turned sour and it began to rain. Taking refuge in a coffee shop, he was recognised and later befriended, by students who had seen the Polish film "Kanal" (1956) in which Vladek was featured, the night before at their local cinema -- a film as poignant and thought provoking now as it was then. Eventually, Vladek became a recognised student of English Literature at Merton College, Oxford after being taken under the wing of Professor Neville Coghill.

In 1963, Vladek was offered a small part in the second James Bond film "From Russia with Love" but was reluctant to take the part and turned it down. Eventually he was persuaded by Sean Connery (who was by now a close friend) to take the role of the villanous chess master 'Kronsteen'. Vladek played the part as usual, to perfection; creating a character so elegantly arrogant that 'Kronsteen' is perhaps the most believable and memorable Bond villains of the entire genre.

Wonder if Vladek met the rest of the Inklings whilst at Merton? After all J.R.R. Tolkien, Neville Coghill and Hugo Dyson were all fellows at Merton in the 1950s.

The grave of Charles Williams in an Oxford churchyard is marked by a stone bearing his name and the terse description: Poet, followed by the words, Under the Mercy.

Under the Mercy is a phrase that appears frequently in his writings, as it did in his conversation. He liked to refer to the Divinity by Its Attributes: the Mercy, the Protection, the Omnipotence. In his personal life he seemed always to be clinging to the faith that, balanced as he was upon the knife-edge of his Christian allegiance in the world of myth and magic that his passion-inflamed imagination had conjured up, he would find at last, in death if by no other route, the stillness of the Love of God. It was his wife, Michal, in one of those sudden flashes of crystal-clear insight of which she was not infrequently capable, who chose the inscription on the stone. Nothing could have been more appropriate.

Lois Lang-Sims: "Letters to Lalange – The Letters of Charles Williams to Lois Lang-Sims", page 16
Posted by Arborfield at 6:46 am No comments:

Williams on Adam and Eve 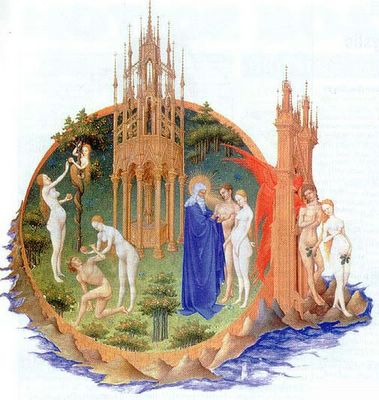 They had what they wanted. That they did not like it when they got it does not alter the fact that they certainly got it.

(He Came Down From Heaven)

Posted by Arborfield at 6:15 am No comments: