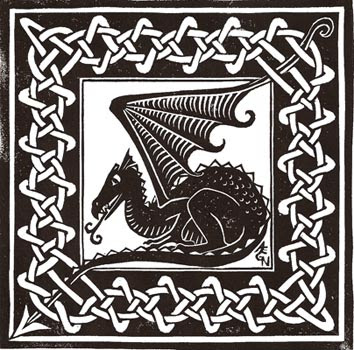 Dr. Bruce L. Edwards (Bowling Green State University)
Who Were The Inklings? (excerpt)
Posted by Arborfield at 7:42 am No comments:

The Seed of Dragons 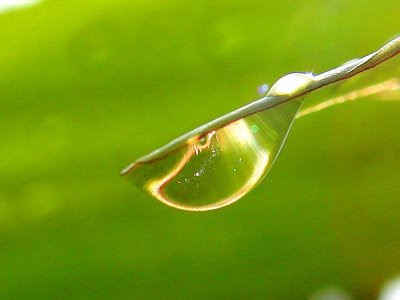 In 1939, Tolkien gave a talk at Oxford on 'Fairy-Stories', later published in Essays presented to Charles Williams. In this he quoted a poem he had written for Lewis (cf. Carpenter, Inklings, 63):
Man, Sub-creator, the refracted Light
through whom is splintered from a single White
to many hues, and endlessly combined
in living shapes that move from mind to mind.
Though all the crannies of the world we filled
with Elves and Goblins, though we dared to build
Gods and their houses out of dark and light,
and sowed the seed of dragons -- 'twas our right
(used or misused), that right has not decayed:
we make still by the law in which we're made.
Thus Tolkien saw our (inklings) creativity as something like craft: a pleasant matter of professional obligation as a human being.
Posted by Arborfield at 9:02 am No comments: 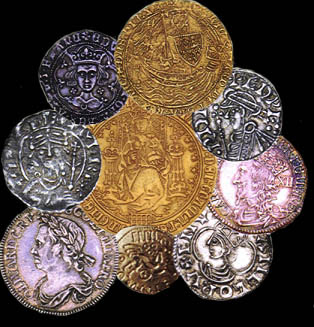 ---oOo---
Lewis on Taliessin
Dec. 15th 1945
“... I am (these last 6 months) immersed in a v. different poet who I think great – Charles Williams: the two volumes of his Arthurian poems Taliessin and The Region of the Summer Stars. Inexcusably difficult, as I always told him, but here there really is something behind the difficulty – that something wh. we all need most in literature at present & wh. I wd. call opaque splendour – thick, rich, solid, heavy – porphyry, gold diamond.”
CS Lewis ~ Collected Letters
Posted by Arborfield at 8:48 am 2 comments: 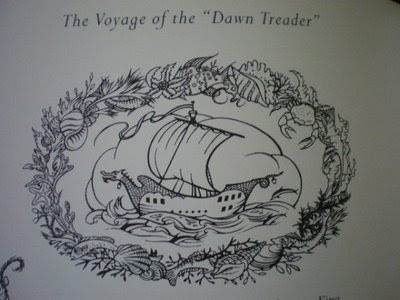 Not wanting to work, Eustace ran off to find a shady spot. Wandering off into the mist, Eustace became lost and found his way into a valley where dwelled a dragon. The dragon had only just come out of its cave when it lay down and died. Eustace went into the cave and found its treasure horde -- donning a rather lovely golden bracelet he found -- and lay down to sleep. When he woke up, he found himself in the form of the dragon. In a panic, he tore his way out of the valley and came down to the beach. The crew was about to slay him when he was challenged by Caspian and Reepicheep, who quickly deduced who he really was.
Working with the crew for a while, Eustace became disheartened in that he might have to remain on the island since he won't fit on the Dawn Treader. However, Aslan appeared to heal him and restore him to human form so that he could remove the bracelet, which Caspian recognized as belonging to the Lord Octesian. At the end, when the ship was ready to set sail, they decided that the dragon had either killed Octesian, or was itself the lord transformed.

C. S. Lewis ~ The Voyage of the Dawn Treader
---oOo---
This is what another writer made of the Story...
Eustace has little respect for others and lacks a sense of fairness: he tries to take more than his rightful share of water rations and lies about it, and later he slips away from his companions to avoid doing his part of the work. is behavior is beastly, and he turns literally into a monster, cut off from other human beings: he becomes a dragon – a creature straight out of the imaginative stories he had resisted. Only then can he begin to get outside himself, imagine how others see him, and “wonder if he himself had been such a nice person as he had always supposed”. After being un-dragoned by Aslan, he is able to escape the limited, materialistic, rationalistic world in which he had grown up, aided perhaps by Reepicheep’s stories about “emperors, kings, dukes, knights, poets, [and] lovers” who had fallen into distressing circumstances and recovered. Moral imagination comes to play an important role in Eustace’s life, and as readers respond to Eustace first with antipathy and then sympathy, they too can experience moral imagination at work in their own lives.

(Source unknown)
Posted by Arborfield at 8:06 am No comments: 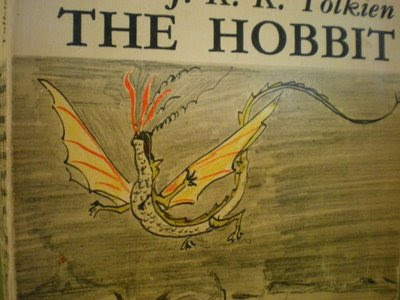 “One of the greatest Dragons of Middle-Earth during the Third Age, a royal beast of great lineage and cunning whose first recorded appearance in the Annals of the Age was in the year 2770, when he came flaming out of the North to capture, sack and occupy the Dwarf-kingdom of Erebor east of Mirkwood. The attack was so successful that most of the Dwarves unfortunate enough to be caught inside the Lonely Mountain on that day were exterminated - and for good measure Smaug aslo destroyed the nearby Mannish town of Dale. After completing these labours, the Dragon crawled inside the Mountain and there gathered all the wealth of both Erebor and Dale into one vast heap, upon which he lay in contented slumber for nearly two full centuries.”
(The Tolkien Companion ~ J.E.A. Tyler)
Posted by Arborfield at 4:06 pm No comments: 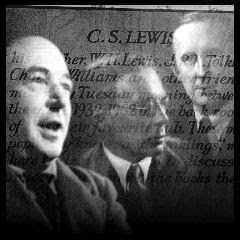 Carolyn Janson
Posted by Arborfield at 8:21 am No comments: 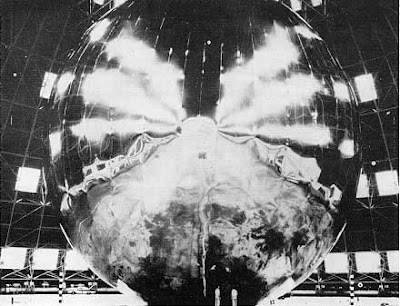