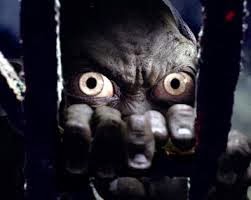 The Ring of Words ~
Tolkien and the Oxford English Dictionary
Oxford University Press (2006)
Posted by Arborfield at 9:25 am No comments:

The Opening of the Graves 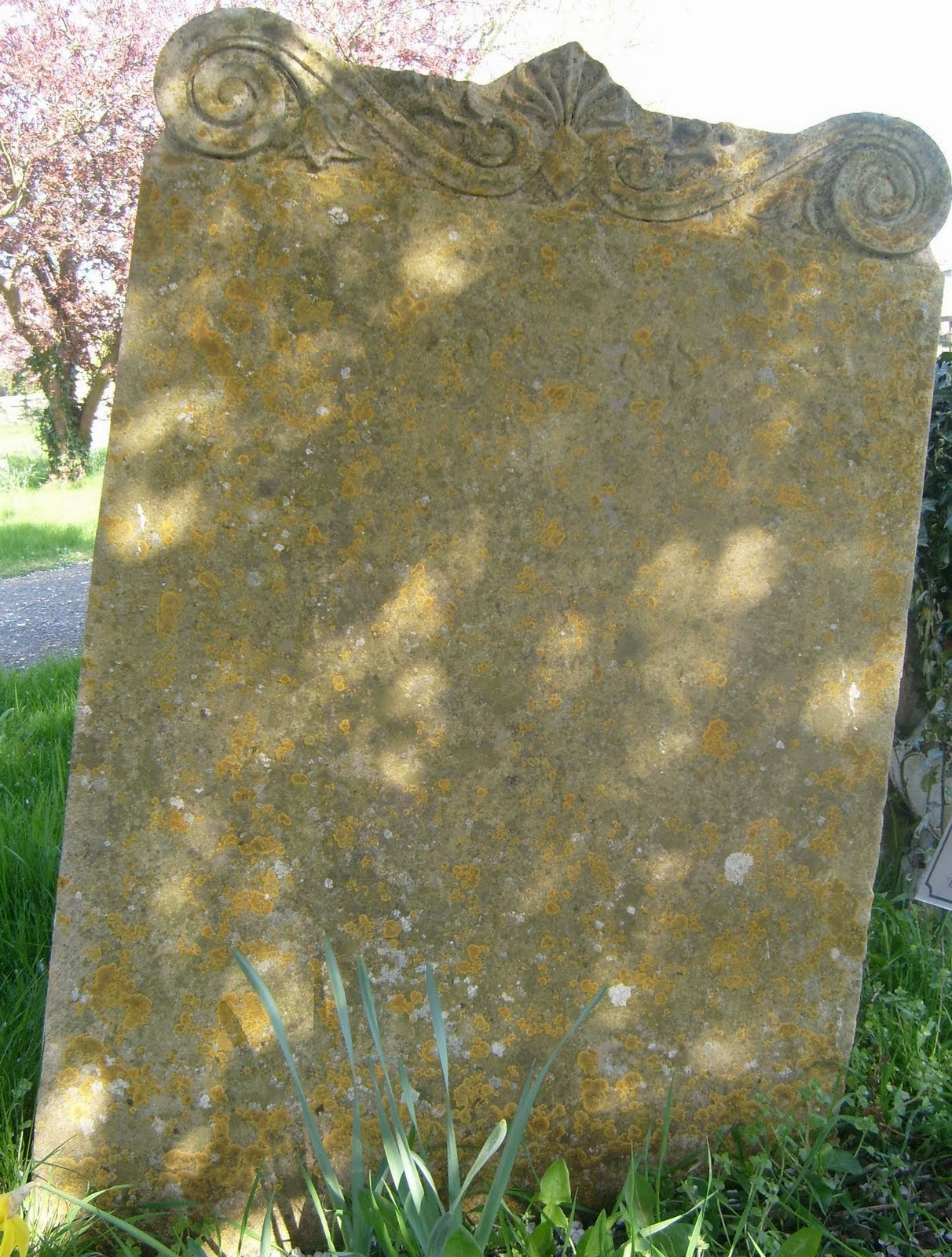 Margaret Anstruther was buried on the next day but one, to the sound of that apostolic trumpet which calls on all its hearers to rise from the dead, and proclaims the creation on earth of celestial bodies, "sown in corruption, raised in incorruption; sown in dishonour, raised in glory; sown in weakness, raised in power". "Be steadfast, unmovable . . . your labour is not in vain in the Lord." Pauline heard with a new attention; these were no longer promises, but facts. She dared not use the awful phrases for herself; only, shyly, she hoped that perhaps, used by some other heavenly knowledge, they might not be altogether inapplicable to herself. The epigram of experience which is in all dogma hinted itself within her. But more than these passages another stranger imagination struck her heart: "Why are they then baptized for the dead?" There, rooted in the heart of the Church at its freshest, was the same strong thrust of interchange. Bear for others; be baptized for others; and, rising as her new vision of the world had done once and again, an even more fiery mystery of exchange rolled through her horizons, turning and glancing on her like the eyed and winged wheels of the prophet. The central mystery of Christendom, the terrible fundamental substitution on which so much learning had been spent and about which so much blood had been shed, showed not as a miraculous exception, but as the root of a universal rule . . . "behold, I shew you a mystery", as supernatural as that Sacrifice, as natural as carrying a bag. She flexed her fingers by her side as if she thought of picking one up.

Charles Williams “Descent into Hell”, Chapter 11, ‘The Opening of the Graves’
Posted by Arborfield at 10:05 am No comments: 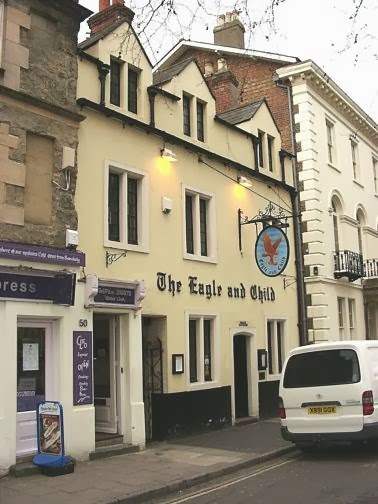 It was in this setting that, along with from lively talk about many things, and without an iota of self-consciouness about securing a place in history, Tolkien's The Lord of the Rings, C.S.Lewis's The Problem of Pain, The Screwtape Letters, The Great Divorce,Charles Williams's All Hallow's Eve, and Warnie Lewis's The Splendid Century were - along with other works by other members - read and discussed. Those of us who did not enjoy the privilege of being there can at least imagine what it must have been like to read one's own work to such a friendly but formidable jury.
Posted by Arborfield at 12:08 pm No comments: 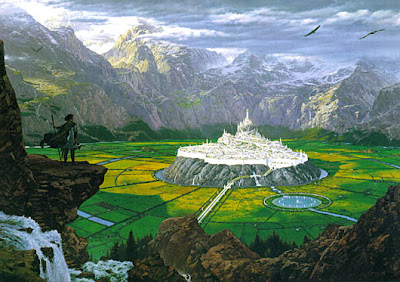 As recounted in The Silmarillion, the Vala Ulmo, the Lord of Waters, revealed the location of the Vale of Tumladen to the Ñoldorin Lord Turgon in a dream. Under this divine guidance, Turgon travelled from his kingdom in Nevrast and found the vale. Within the Echoriath, the Encircling Mountains, just west of Dorthonion and east of the River Sirion, lay a round level plain with sheer walls on all sides and a ravine and tunnel leading out to the southwest known as the Hidden Way. In the middle of the vale there was a steep hill which was called Amon Gwareth, the "Hill of Watching". There Turgon decided to found a great city that would be protected by the mountains and hidden from the Dark Lord Morgoth.


Turgon and his people built Gondolin in secret. After it was completed, he took with him to dwell in the hidden city his entire people in Nevrast — almost a third of the Ñoldor — as well as nearly three quarters of the northern Sindar. He originally named the city Ondolindë, which is Quenya for "The Rock of the Music of Water" after the springs of Amon Gwareth. The name was later changed to its Sindarin form.


The was protected by seven gates, all constantly guarded; the first of wood, then stone, bronze, iron, silver, gold, and steel. The city stood for nearly 400 years until it was betrayed to Morgoth by Maeglin, Turgon's nephew, and sacked by the Dark Lord's armies.
Posted by Arborfield at 7:31 am No comments:

A Memory of Lewis 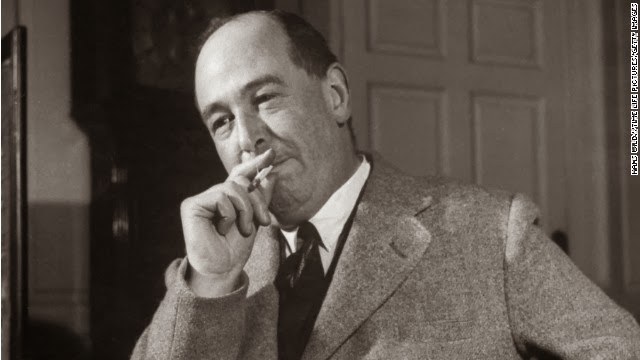 I know myself what others know far better - how unfailingly courteous Lewis was in answering letters. I think I corresponded with him on three or four occasions... there was a reply every time - it might be quite brief, but it was always written for you and for nobody else. I think this was his greatest secret.


He hated casual contacts; human contact must, for him, be serious and concentrated and attentive, or it was better avoided. It might be for a moment only, but that was its invariable quality. That is not only why so many people have precious memories of him; it is also why he couldn't write three words without the reader's feeling that they were written for him and him alone. It's why his massive books of scholarship read as delightfully as his children's stories, and why he's one of the few preachers who can be read without losing their message."

Erik Routley, "A Prophet", C.S. Lewis at the Breakfast Table and Other Reminiscences
Posted by Arborfield at 7:51 pm No comments: 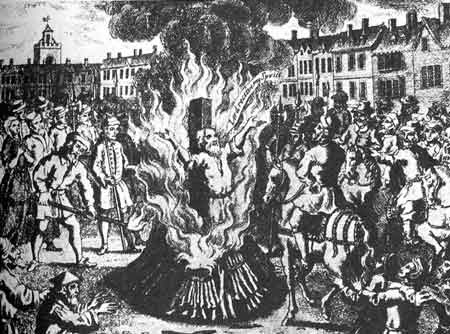 The devil, even if he is a fact, has been an indulgence;… while he exists, there is always something to which we can be superior.

One might think that the phrase of Lord Acton (that “it cannot really be held that in Rome sixteen centuries after Christ men did not know that murder was wrong”) might be held to apply [to the Inquisition]; it cannot be that men did not think such methods doubtfully holy. It was not so. Deep, deeper than we believe, lie the roots of sin; it is in the good that they exist; it is in the good that they thrive and send up sap and produce the black fruits of hell. The peacock fans of holy and austere popes drove the ashes of burning men over Christendom.

Charles Williams
'The Descent of the Dove'
Longmans, Green and Co (1939)
Posted by Arborfield at 11:58 am No comments: