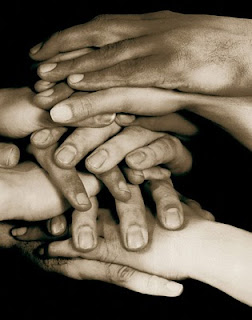 The Bible really seems to clinch the matter when it puts the two things together into one amazing sentence. The first half is, 'Work out your own salvation with fear and trembling' - which looks as if everything depended on us and our good actions; but the second half goes on, 'For it is God who worketh in you' - which looks as if God did everything and we nothing.
I am afraid that is the sort of thing we come up against in Christianity. I am puzzled, but I am not surprised. You see, we are now trying to understand, and to separate into water-tight compartments, what exactly God does and what man does when God and man are working together. And, of course, we begin by thinking it is like two men working together, so that you could say , 'He did this bit and I did that.' But this way of thinking breaks down. God is not like that. He is inside you as well as outside: even if we could understand who did what, I do not think human language could properly express it. In the attempt to express it different Churches say different things. But you will find that even those who insist most strongly on the importance of good actions tell you you need Faith; and even those who insist most strongly on Faith tell you to do good actions. At any rate that is as far as I can go.
C.S. Lewis
'Mere Christianity' (1952)
Posted by Arborfield at 8:13 am