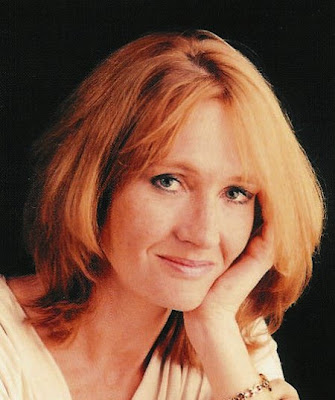 Harry, of course, is able to battle supernatural evil with supernatural forces of his own, and Rowling is quite clear that she doesn’t personally believe in that kind of magic — “not at all.” Is she a Christian?

“Yes, I am,” she says. “Which seems to offend the religious right far worse than if I said I thought there was no God. Every time I’ve been asked if I believe in God, I’ve said yes, because I do, but no one ever really has gone any more deeply into it than that, and I have to say that does suit me, because if I talk too freely about that I think the intelligent reader, whether 10 or 60, will be able to guess what’s coming in the books.”

The ultimate question does seem to be whether Potter will live or die and, if in dying, Rowling is taking her sub-creation (hello J.R.R. Tolkien) closer to the kind of truly tragic ending that is going to push millions of readers — secular and religious — to wrestle with big, even eternal, issues. Is she, in effect, a kind of postmodern, progressive Inkling?

I suppose most fans of the Inklings will enjoy the Harry Potter books, but I think it's pushing it a bit too far to say she was even an honorary Inkling. Was Dorothy Sayers and Inkling? G.K. Chesterton? Roy Campbell?

And how Steve... exactly what I would have said!