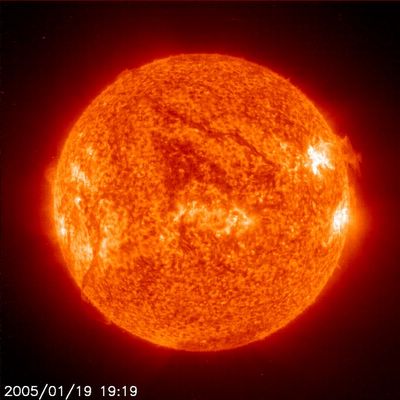 Sol & The Voyage of the Dawn Treader

Of SOL's chariot, whose sword of light
Hurts and humbles; beheld only
Of eagle's eye. When his arrow glances
Through mortal mind, mists are parted
And mild as morning the mellow wisdom
Breathes o'er the breast, broadening eastward
Clear and cloudless. In a clos'd garden
(Unbound her burden) his beams foster
Soul in secret, where the soil puts forth
Paradisal palm, and pure fountains
Turn and re-temper, touching coolly
The uncomely common to cordial gold;
Whose ore also, in earth's matrix,
Is print and pressure of his proud signet
On the wax of the world. He is the worshipp'd male,
The earth's husband, all-beholding,
Arch-chemic eye. But other country
Dark with discord dins beyond him,
With noise of nakers, neighing of horses,
Hammering of harness. A haughty god

The Voyage of the "Dawn Treader" - the Sun
The clue is again in the title - a story about a journey towards the sunrise; the Sun's metal, gold, tempts Eustace and he is transformed into a dragon, and on Deathwater Island Lord Restimar is turned into a golden statue.

Posted by Arborfield at 8:23 am