Lewis and Salvation by Grace... 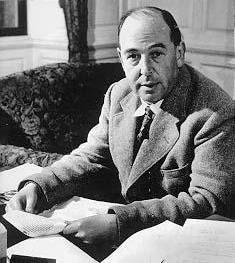 What did Lewis have to say on salvation by grace? In the 'tome' English Literature in the Sixteenth Century Excluding Drama, he opined:

"On the Protestant view one could not, and by God's mercy, expiate one's sins. Like an accepted lover, he feels that he has done nothing, and never could have done anything to deserve such astonishing happiness. All the initiative has been on God's side, all has been free, unbounded grace. His own puny and ridiculous efforts would be as helpless to retain the joy as they would have been to achieve it in the first place. Bliss is not for sale, cannot be earned, "Works" have no "merit," though of course faith, inevitably, even unconsciously, flows out into works of love at once. He is not saved because he does works of love; he does works of love because he is saved. It is faith alone that has saved him; faith bestowed by sheer gift."

Posted by Arborfield at 8:09 am

Well, I couldn't agree more, Roger! Thanks for posting this, it's always a good thing to be reminded!