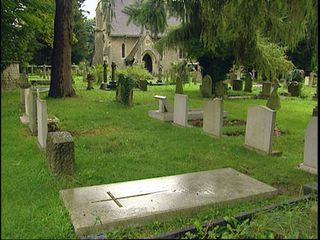 In the graveyard of Holy Trinity Church in Headington Quarry, Oxford, lies buried a professor of Medieval and Renaissance English. As befits a scholar of literature, the epitaph on his tombstone (chosen by his brother, who was later buried beside him) is taken from Shakespeare; "Men must endure their going hence." Spoken by Edgar in the final act of King Lear, these words strike a tone of stoic resignation in the face of death, and some might be surprised to find them engraved on the tombstone of this professor, C.S. Lewis, who is best known as a defender of full-blooded Christian orthodoxy. What, it may be asked, of his Christian hope?

However, the Lewis' epitaph had more significance than is at first evident. In the room where Lewis' mother died there was a Shakespearean calendar hanging on the wall. His father kept the leaf from that day, and "Men must endure their going hence" was the quotation. Warnie thus paid tribute both to Jack and to Albert and Florence (Flora) his parents in this 'less-than-obvious' quote.

Posted by Arborfield at 7:06 am