10 days before the publication of "The Proverbs of Middle-earth 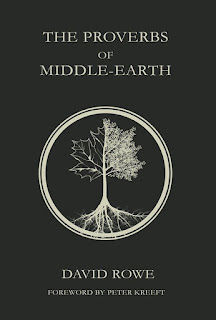 "Saruman’s sayings act as a rhetorical technique to shut down debate and to silence others. In this way, he tells the future king of Rohan 'Meddle not in policies which you do not understand', and has the gall to address 'Does an unarmed man come down to speak to robbers out of doors?' to the wizard whom he imprisoned and the king whose kingdom he invaded."

David Rowe
Oloris Publishing (who are now taking pre-publication orders)
Posted by Arborfield at 9:13 am