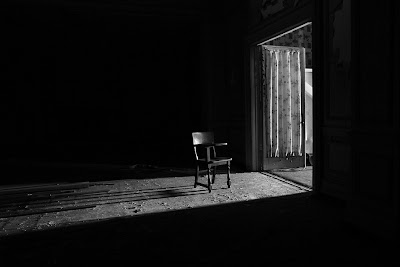 For much of the period of Barfield’s post-legal career he lived in Kent, first in South Darenth, later and chiefly at the house named Orchard View, not far from Dartford, looking out upon a wold that had long since lost its orchard bur retained a certain enchantment lent by the sense of unfolding distance. It was a peculiarly English setting, comforting, mannerly, harmonious, as though to confirm Barfield’s own assessment of himself as being “very English.” At the same time, the scene evoked a sense of Sehnsucht or longing (the concept that Barfield taught C.S. Lewis) with its undulating hills meeting the sky at an almost but not quite unreachable remove. This too corresponds to an essential dimension of Barfield that is not so much English as Romantic, and German Romantic at that. It is that aspect of his work that ponders and leads the reader to ponder the mystery and wonder of being, and it lies at the heart of his philosophy…

… Barfield as Sage – of Orchard View or of Forest Row – instead demonstrated those qualities of gentle but intellectually rigorous guidance that made C.S. Lewis call him “the wisest and best of my unofficial teachers”

Owen Barfield: A Life of Thought
A Barfield Reader (Wesleyan) 1999
Posted by Arborfield at 2:33 pm