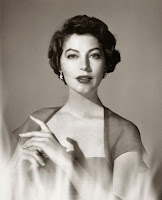 I am neither disturbed (nor surprised) at the limitations of my 'fame'. There are lots of people in Oxford who have never heard of me, let alone of my books. But I can repay many of them with equal ignorance: neither wilful nor contemptuous, simply accidental. An amusing incident occurred in November, when I went as a courtesy to hear the last lecture of this series of his given by the Professor of Poetry: Robert Graves. (A remarkable creature, entertaining, likeable, odd, bonnet full of wild bees, half-German, half-Irish, very tall, must have looked like Siegfried/Sigurd in his youth, but an Ass.) It was the most ludicrously bad lecture I have ever heard. After it he introduced me to a pleasant young woman who had attended it: well but quietly dressed, easy and agreeable, and we got on quite well. But Graves started to laugh; and he said: “it is obvious neither of you has ever heard of the other before”. Quite true. And I had not supposed that the lady would ever have heard of me. Her name was Ava Gardner, but it still meant nothing, till people more aware of the world informed me that she was a film-star of some magnitude, and that the press of pressmen and storm of flash-bulbs on the steps of the Schools were not directed at Graves (and cert. not at me) but at her.
Letters of J.R.R. Tolkien
#267 : 9-10 January 1965
Posted by Arborfield at 7:24 am