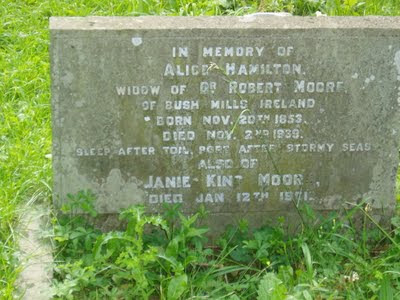 Jack expressed no relief at the lifting of this millstone from around his neck, but he became happier and more relaxed than he had been for many a year. He settled gently and comfortably into the pattern of middle-aged bachelordom with Warnie and prepared to live out his life in such style. The Kilns was their haven, and Oxford their comfortable, friendly sea, inhabited by good friends, men of intellect and worthy opponents for lively debate. Jack wore his shabby old clothes and his old fisherman's hat of Irish tweed; he wrote, he read, he taught. Jack was, in a Hobbit-like way, comfortable and at peace. He was an academic success and a literary success. Those things which he could not do for himself, such as keeping up with his ever increasing volume of correspondence, he delegated to Warnie, who gladly acted as his private secretary.”

Lenten Lands
Douglas Gresham
Posted by Arborfield at 8:31 am