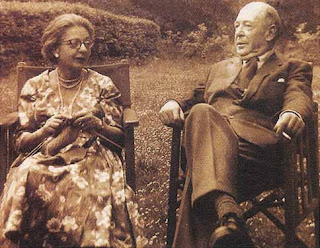 Throughout Christian history, denunciations of lying have been loud and frequent. Who has been so abhorred as Ananias? And yet we all know the meaning of the words "pious fraud." From the beginning, the devil has loved to tempt the devout to lie for the sake of their good cause—and thereby make it a bad one. One of the first tasks of the Early Church was to separate the true Gospels from the multitudinous invented "eyewitness" accounts in which the faithful lied their heads off for the supposed good of the Church. Fabulous miracles ascribed to the boy Jesus —and more suitable to an infant devil; romantic adventures of Paul with the holy virgin Thecla; forged donations of Constantine, false Isidorian decretals, profound treatises on metaphysics attributed to a Dionysius the Areopagite who never wrote them but was sainted for them—the list is endless. Nor did it end with antiquity; most modern churches have kept up the good work of forging their own praises and their rivals' dispraise, until that clear-sighted and honest Christian Charles Williams found it necessary to write warningly of "the normal calumnies of piety," and to say of a historian, "In defence of his conclusion he was willing to cheat in the evidence—a habit more usual to religious writers than to historical." Let us clean our own house first.
You can usually tell when a hypocrite has been sinning; he denounces that sin in public — and in somebody else. The mere halfhearted sinner may try to wriggle out of his guilt by some verbal quibble; he hasn't really lied to his wife about how he spent the week-end, he just hasn't told her all the truth. But the real, thoroughgoing, incarnate lie of a Pharisee covers his guilt by trumpeting loudly about his virtue; he comes forward boldly and denounces her for lying to Mrs. Jones about that horrid new hat. And if you want to find a man whose whole life is devoted to hypocritical dishonesty and deception, it might be wise to look for one who habitually beats his child for lying.
Smoke on the Mountain (1955)
Joy Davidman
Posted by Arborfield at 8:18 am