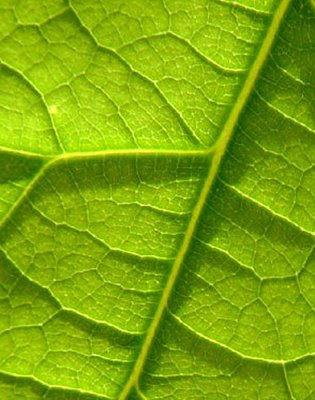 “...that story was the only thing I have ever done which cost me absolutely no pains at all. Usually I compose only with great difficulty and endless rewriting. I woke up one day (more the 2 years ago) with that odd thing virtually complete in my head. It took only a few hours to get down, and then copy out.”

These few hours Tolkien found the time to write down a little story which is an absolute pearl and a favourite Tolkien story. Leaf by Niggle is very much an allegory of Tolkien's own creative process, and, to an extent, of his own life. Although Tolkien did not like the idea of allegory, he admitted having been just that in Leaf by Niggle in a letter to Caroline Everett (24 June 1957):

“I should say that, in addition to my tree-love (it was originally called The Tree), it arose from my own pre-occupation with the Lord of the Rings, the knowledge that it would be finished in great detail or not at all, and the fear (near certainty) that it would be 'not at all'. The war had arisen to darken all horizons. But no such analyses are a complete explanation even of a short story...”

The story was originally written by J. R. R. Tolkien in 1938-39 and first published in the Dublin Review in January 1945. It can be found, most notably, in Tolkien's book titled "Tree and Leaf". This is notable because the book, consisting of a seminal essay by Tolkien called "On Fairy-Stories" and "Leaf by Niggle" as example, offers the underlying philosophy (Creation and Sub-Creation) of much of Tolkien's fantastical writings.

Tolkien was of course compulsive in his writing, his rewriting, his desire for perfection in form and in the "reality" of his invented world, its languages, its chronologies, its existence and history. Like the painter Niggle, Tolkien came to being absorbed by his personal "Tree", Middle-earth. And like Niggle, Tolkien had many duties that kept him from the work he loved to complete. We owe him and his son Christopher, a debt of gratitude.
.
Here is the original article:
http://www.tolkienlibrary.com/reviews/leafbyniggle.htm
Posted by Arborfield at 7:21 am

Thanks for posting my own article here in a reduced form...

Here is the original:
http://www.tolkienlibrary.com/reviews/leafbyniggle.htm

Thanks my friend... I wanted to bring what I thought was a useful piece to a wider public.

I'm a huge fan of the tale... I love to re-read it now and again and everytime it takes me away completely. I'm feeling closely connected to Niggle, but am less lazy already. Maybe the story helps me to make better decisions!