Leaf by Niggle (I) 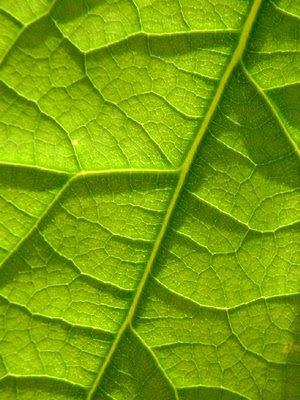 The three books of The Lord of the Rings contain over a half million words. Its manuscript, when Tolkien sold it to Marquette University in 1957, stood in a stack seven feet high. Before, around, and beyond his famous trilogy, Tolkien wove a vast imaginative world, recording its origin and history in a sprawling profusion of songs, tales, and legends. Yet his perfectionism kept him from finishing or publishing this "History of Middle-earth" in his lifetime. Even The Silmarillion, painstakingly edited and published years after Tolkien's death by his son Christopher, contains only a part of that myth.

What animates a man to create such an elaborate fictional world? Fittingly, the most revealing thing Tolkien wrote about his own creative process may come to us in the form of a story. Tolkien's friend Clyde Kilby explains:

His problem as a writer he stated with great charm and meaning at the beginning of his story "Leaf by Niggle." That story begins, "There was once a little man called Niggle, who had a long journey to make." The journey was into death and the hereafter. Niggle describes himself as a painter, not a very successful one owing not only to interruptions which usurped his time but to a tendency toward plain laziness. Niggle's real trouble was that his reach exceeded his grasp. He had various paintings that he worked on and "most of them were too large and ambitious for his skill."

Actually he preferred to paint leaves more than trees. "He used to spend a long time on a single leaf, trying to catch its shape, and its sheen, and the glistening of dewdrops on its edges." Yet at the same time he longed to paint a whole tree. Indeed one painting had started with "a single leaf caught in the wind" but it grew, "sending out innumerable branches, and thrusting out the most fantastic roots. Strange birds came and settled on the twigs and had to be attended to." For me it represents both a splendid picture of his perfectionism and the increasing vision of the mythology he was creatively to inhabit.

Niggle now turned away from his other paintings "or else he took them and tacked them on to the edges of his great picture." Might this not explain the Tom Bombadil episode and the Bombadil poems that did not quite manage to get into the main story? In due course Niggle's painting got so large he needed a ladder to reach its top. What a perfect insight into the whole creative process … of a Thomas Wolfe, a Stephen Spender, or any creative mind overwhelmed by the magnitude of its subject.

The time eventually came when Niggle began to take a hard look at what was turning out to be the main activity of his life. He looked and looked and wished for someone who "would tell him what to think." He wondered if he were simply wasting time. He wondered if he should have dropped all other paintings for this single one. Was it really a painting, or was it just a chimera? Niggle concluded contradictory things about it. "Actually it seemed to him wholly unsatisfactory, and yet very lovely, the only really beautiful picture in the world." Not only do we have here the experience of many a writer or artist, but we have what seems a most faithful description of Tolkien's own creativity.

Clyde S. Kilby ~ Tolkien and The Silmarillion (Harold Shaw, 1976)
Posted by Arborfield at 7:52 am