How Screwtape came about 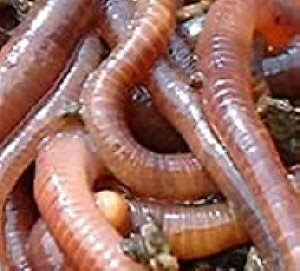 “Before the service was over -- one cd. wish these things came more seasonably -- I was struck by an idea for a book wh. I think might be both useful and entertaining. It wd. be called As one Devil to Another and would consist of letters from an elderly retired devil to a young devil who has just started work on his first ‘patient’.”
.
Letter to his brother Warnie, July 20th 1940
.
"I was often asked or advised to add to the original ‘Screwtape Letters’, but for many years I felt not the least inclination to do it. Though I had never written anything more easily, I never wrote with less enjoyment. The ease came, no doubt, from the fact that the device of diabolical letters, once you have thought of it, exploits itself spontaneously... it was not fun, or not for long. The strain produced a sort of spiritual cramp."
.
C.S. Lewis - Foreward to “Screwtape Proposes a Toast” -- The scene is Hell at the annual dinner of the Training College for young devils.
Posted by Arborfield at 7:47 am

I have a question about a phrase in Letter 21. Can you help me?
Second last paragraph, last sentence:
...we have taught men to say "My God" in a sense not really very different from "My boots," meaning "The God on whom I have a claim for my distinguished services and whom I exploit from the pulpit--the God I have done a corner in."

Can anybody explain to me (in 21st century American English) what "done a corner in" meant in mid-20th century UK English?

CSL was writing in the early 1940s and at times is a bit anachronistic.

Thank you, Roger. I received a reply from another discussion list. The replying party said, "I searched the phrase 'do a corner in' and another CS Lewis quote came up. From his Preface to Paradise Lost - 'if the fruit is to produce deity Adam shall have none of it: she means to do a corner in divinity. But if it means to produce death, then he must be made to eat of it.'"
Roger, in view of this new datum, would you like to revise your answer?

My reply to that reply was this: "The snippet you found almost makes it sound like what we say in the U.S. 'to corner the market on' something. To monopolize, or hold single distribution rights over something. If I'm right, then the Screwtape quote (apparently intended as private ruminations of a preacher) would seem to mean something like 'the God of whom I am the sole authorized interpreter and representative.'" I would appreciate your thoughts on this, Roger.

I am aware of the anachronistic flavoring (in fact, I relish it). But I know people who can't reap the benefits of Lewis' wisdom and help, because the language of a mid 20th Century Briton is too difficult for them. So I am engaged in translating the Screwtape Letters into 21st century American English. In the process, I ran across this phrase which has me quite flummoxed! :-)

Hi Joe... I think my attempt and the idea of 'cornering the market' are not mutually exclusive.

There have been SO many who seem to think that the 'god' they belive in is GOD. But is in reality a god of their own invention.