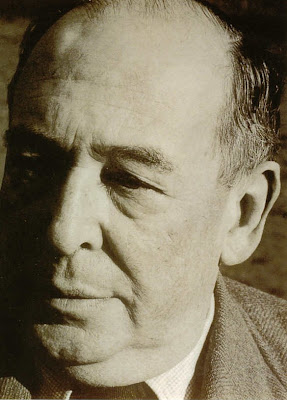 It may be the fault of some Ulster people that they feel too much responsibility, too much in control of their own characters and destiny, and that, with their endurance, their practical experience, and with their strong sense of obligation and commitment, they deserve success, here and hereafter. This may be true, but in The Silver Chair, Aslan tells Jill and Eustace that they are not in Narnia because they made the decision and called to Aslan to rescue them from the school bullies. Aslan’s answer is, ‘You would not have called to me unless I had been calling to you... This is the reason why you were brought to Narnia, that by knowing me here for a little, you may know me better there’ (that is, on earth.) The initiative came from Aslan.
Lewis understood this in his own case, and it answers my question as to why he was prepared to endanger his academic career by his apologetic writings. He knew that the initiative had been God’s in calling him back to Christianity, using, of course, his Inkling friends and his understanding of mythology, his search for Joy and truth. Por tanto quid. In return for so much, he felt he must give back to God his best efforts towards the redemption of others.
Posted by Arborfield at 5:09 am