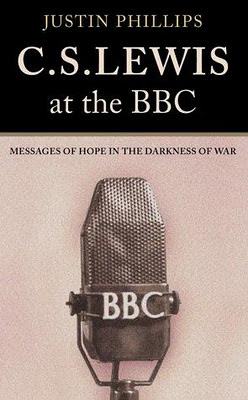 The first talk in What Christians Believe dealt with alternative belief systems, with atheism and with pantheism. This was broadcast on 11 January 1942. When eventually published in the collected talks, better known as Mere Christianity, this first script was entitled The Rival Conceptions of God.
Lewis begins by telling the listener one thing that Christians do not have to believe. They don't have to believe that all other religions are entirely wrong. All can contain 'a hint of truth'. Atheists, on the other hand, have to believe that every religion has at its heart a massive mistake. Drawing on his own experience as someone who moved from atheism to theism and then to Christian conviction, Lewis admits that as a Christian he can be more liberal towards other religions than he could as an atheist. Although Christians maintain that what they believe is right and others are wrong, they can acknowledge that some answers, even wrong ones, can be closer to the right one than others. That's why those who believe in God are in a majority - atheism is harder than belief. And Lewis goes on to say that the one argument that most convinced him is the ability to think. If there is no creative intelligence behind the universe then his brain was not designed for thinking. If this was just a cosmic accident, he argues, using a brilliant illustration, 'it's like upsetting a milk jug and hoping that the way the splash arranges itself will give you a map of London'. How can one trust one's own thinking to be true?, he ponders. Lewis concludes: 'Unless I believe in God, I can't believe in thought: so I can never use thought to disbelieve in God.'
Justin Phillips
C.S. Lewis at the BBC
Posted by Arborfield at 8:39 am

So glad I stumbled upon this blog. Always happy to find fellow mythopaths.