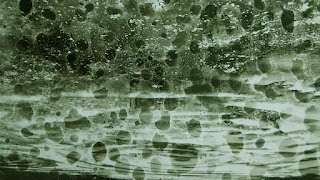 The pattern of divided knowledge can be traced in criticisms of Charles Williams' writings. C.S. Lewis, himself a model of clarity, 'pitched into' Williams for all he was worth for his “obscurity”. Some think he writes ‘purple prose’, others that he writes a kind of shorthand. For some his style is too highly coloured, and some can't make head or tail of him! One couple to whom, with greater enthusiasm than judgement, I lent War in Heaven, returned it half-read with barely suppressed shudders, murmuring misgivings over his - and probably my! - preoccupation with the occult.
At our meeting in February 1986, Dr Rowan Williams described certain excerpts from The Descent of the Dove as 'purple passages’ and some of C.W.'s writings as self-indulgent. Charles Williams, interestingly enough, makes a similar observation of St Paul: “There must have been many of the churches he founded who were so illiterate as not to have heard of his best purple passages.” It seems Williams is in good company; and purple is, of course, a royal colour. Hugo Epson's exclamation: ‘clotted glory from Charles!’ will find an echo in many of C.W.'s readers. There is certainly lots of glory. Sometimes he seems almost too highly coloured - and charged! - for us to swallow. Eternity and eternal truths are so richly described, almost laid on with a trowel , that the effect can be akin to being faced with a rich and creamy dessert after a full and satisfying first course. Like the man who, having begged God for a revelation, got what he asked for, one wants to cry; ‘0 enough! enough! I can't bear any more!' There is just so much of the beatific vision mortal man can bear, and live, even when despite its brilliance, it is a veiled splendour.
Joan Northam
Charles Williams Society Newsletter
No 45 - Spring 1987 (excerpt)
Posted by Arborfield at 7:08 am