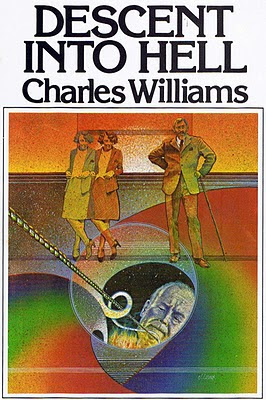 He describes his supernatural world with extraordinary particularity. Instead of obtruding the ghostly element upon the life of everyday, he assumes that life into the supernatural dimension: it is thus impossible to banish his phantoms from our own world, because we find ourselves inhabiting theirs, and subject to its laws."
Glen Cavaliero - 'The Novels of Charles Williams'
Posted by Arborfield at 7:07 am

Interestingly, the man standing with a walking stick in his left hand is actually the novelist JP Donleavy - this picture used to be on his book jackets. The protagonists of his novel are certainly candidates for Descent!