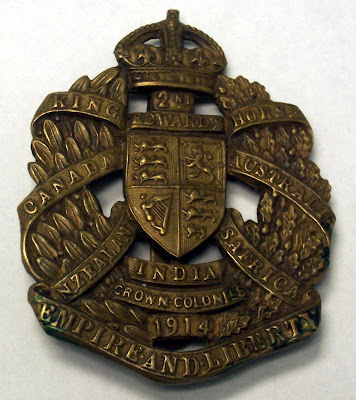 As an undergraduate Tolkien trained with King Edward's Horse, a cavalry regiment, rather than the Officer Training Corps which many other students joined. However, that may have had nothing to do with a preference for horse riding, and been simply because he was born in Bloemfontein, South Africa: students of 'colonial' origin were automatically directed to the cavalry regiment.

In my book I wrote that Tolkien 'had a strong affinity with horses, which he loved, and became a de facto breaker-in. No sooner had he broken one horse in but it was taken away. Another would then be given to him and he had to start the process again.' I now feel I should have hedged a little. The anecdote is based on a very brief unsigned report of a conversation between members of the Tolkien Society and Michael and Priscilla Tolkien in the 1970s, published in an early issue of the society bulletin Amon Hen. There are no direct quotes, and (as I point out in my comprehensive endnotes) the report is mistaken in at least one major point - that Tolkien began his war service with King Edward's Horse. In fact he left that unit in January 1913, and began training for war service as an infantry officer two and a half years later.

The picture has since become even muddier, with the publication on the internet of an extended anecdote, attributed to Michael Tolkien, in which the creation of the Black Riders was credited to a wartime experience. The story goes that Tolkien was lost on horseback when he spotted a mounted cavalry group and rode towards them - only realising too late that he was behind enemy lines and the cavalrymen were German. They are then said to have given chase but been outpaced by Tolkien. It's a vivid and exciting story, with colourful details, but to my mind quite implausible. Although there were horses on the Somme, and I found independent reports showing that officers in Tolkien's battalion sometimes used them to get around on the battlefield, the likelihood of being able to pass behind enemy lines on horseback seems extremely small. It may also be worth noting that nothing similar is recounted in the Tolkien Family Album, the down-to-earth 1992 memoir by Priscilla and John Tolkien.

Part of an interview with John Garth, the author of Tolkien and the Great War ~ Harper Collins (2003)
Posted by Arborfield at 6:47 am