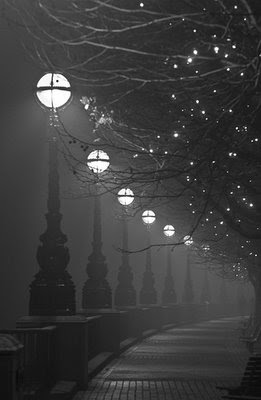 Lester looked round her. She saw the stars; she saw the lights; she saw dim shapes of houses and trees in a landscape which was less familiar through being so familiar. She could not even yet manage to enunciate to her companion the word death. The landscape of death lay round them; the future of death awaited them. Let them go to it; let them do something. She thought of her own flat and of Richard-no. She did not wish to take this other Evelyn there; besides, she herself would be, if anything at all, only a dim shadow to Richard, a hallucination or a troubling apparition. She could not bear that, if it could be avoided; she could not bear to be only a terrifying dream. No; they must go elsewhere. She wondered if Evelyn felt in the same way about her own home. She knew that Evelyn had continuously snubbed and suppressed her mother, with whom she lived; once or twice she had herself meant to say something, if only out of an indifferent superiority. But the indifference had beaten the superiority. It was now for Evelyn to choose.
She said: "Shall we go to your place?"

Evelyn said shrilly: "No; no. I won't see Mother. I hate Mother."

Lester shrugged. One way and another, they did seem to be rather vagrants, unfortunate and helpless creatures, with no purpose and no use.
She said: "Well . . . let's go."

Evelyn looked up at her. Lester, with an effort at companionship, tried to smile at her. She did not very well succeed, but at least Evelyn, slowly and reluctantly, got to her feet. The lights in the houses had gone out, but a faint clarity was in the air -perhaps (though it had come quickly) the first suggestion of the day. Lester knew exactly what she had better do, and with an effort she did it. She took Evelyn's arm. The two dead girls went together slowly out of the Park.
Charles Williams : All Hallows Eve (Last paragraphs of Chapter 1 - The New Life)
Posted by Arborfield at 8:57 am