The Tryst of the Worlds 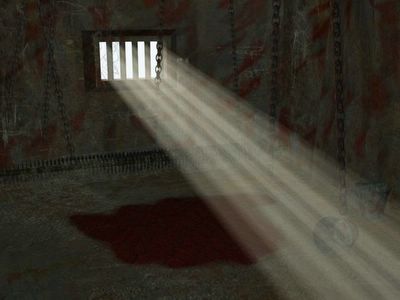 She knew what she must do. But she felt, as she stood, that she could no more do it than he. She could never bear that fear. The knowledge of being burnt alive, of the flames, of the faces, of the prolongation of pain. She knew what she must do. She opened her mouth and could not speak. In front of her, alone in his foul Marian prison, unaware of the secret means the Lord he worshipped was working swiftly for his peace, believing and unbelieving, her ancestor stood centuries off in his spiritual desolation and preluding agony of sweat. He could not see beyond the years the child of his house who strove with herself behind and before him. The morning was coming; his heart was drained. Another spasm shook him; even now he might recant. Pauline could not see the prison, but she saw him. She tried to choose and to speak.

Behind her, her own voice said: "Give it to me, John Struther." He heard it, in his cell and chains, as the first dawn of the day of his martyrdom broke beyond the prison. It spoke and sprang in his drained heart; and drove the riotous blood again through his veins: "Give it to me, give it to me, John Struther." He stretched out his arms again: he called: "Lord, Lord!" It was a devotion and an adoration; it accepted and thanked. Pauline heard it, trembling, for she knew what stood behind her and spoke. It said again: "Give". He fell on his knees, and in a great roar of triumph he called out: "I have seen the salvation of my God."

A very useful comparison of two important writers, but useful for our purposes for the insights into Williams and, in particular, "Descent into Hell".

Posted by Arborfield at 8:09 am