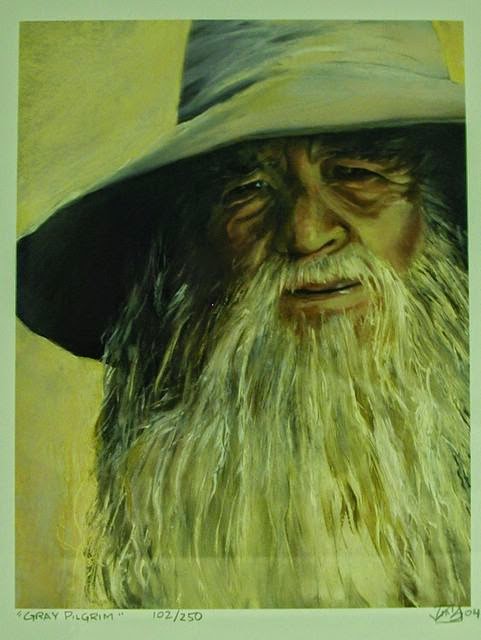 "Why they should take such a form is bound up with the mythology of the 'angelic' Powers of the world of this fable. At this point in the fabulous history the purpose was precisely to limit and hinder their exhibition of 'power' on the physical plane, so that they would do what they were primarily sent for: train, advise, instruct, arouse the hearts and minds of those threatened by Sauron... "
The Letters of J. R. R Tolkien, Humphrey Carpenter, editor (page 202)"Gandalf really 'died' and was changed... 'I am Gandalf the White, who has returned from death'."(The Letters, page 201)
Posted by Arborfield at 6:13 pm