He would have much preferred to operate necromantically... 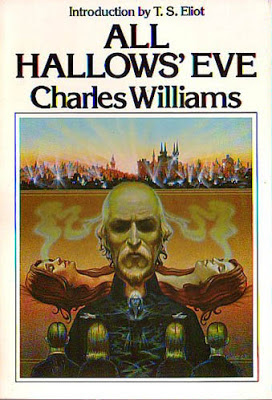 He believed therefore that as, by proper magical means, a soul could within certain limits of time, be recalled to its body, so this false body might for a time ensnare and hold that other soul which was his enemy.  He would have much preferred to operate necromantically on Lester's own proper body, and if Richard had remained under his influence he would have obtained through him some possession of hers which would have served for the first faint magical link with that body, and so set up a relation between them which might have brought her now corrupting flesh — or perhaps the scattered ashes of her cremated body — into this very hall.  But Richard had failed him, and he had no time to take more subtle ways; the danger to his domination of Betty now arising from Jonathan and from Lester was too great.  He knew that the government of this world would be driven by popular pressure to make some approach to him, and that in no very long period the fatal meeting with his Types would be forced on him-fatal because though at a distance they might be energized and driven by his will, yet when the three met they must dwindle and fade beside him.  And first he must have sent his daughter into the spiritual world.  He must be for ever before he could be now.  So that altogether time was against him; the first condition of the universe was against him.  He was hurried; he had to make haste.  Therefore the magical trap; therefore its tossing, as he now proposed, into the ordinariness of earth.

He whispered into the ear of the dwarf-woman, still pressing his hands on it. He and it were now alone in the hall.  It could not be said to hear him, but it received his breath.  He was now separated from those two other children of earth, and they from him, unless he deliberately called them.  He knew that their awareness must be now of and through the body they in some sense inhabited; not that they lived in it as in a place, but that they only knew through it.  There was no limit to the number of spiritual beings who could know in that way through one body, for there was not between any of them and it any organic relation.  The singleness of true incarnation must always be a mystery to the masters of magic; of that it may be said that the more advanced the magic, the deeper the mystery, for the very nature of magic is opposed to it.  Powerful as the lie may be, it is still a lie.  Birth and death are alike unknown to it; there is only conjunction and division.  But the lie has its own laws.  Once even Lester had assented to that manner of knowledge, she must enter the City so.  It remained to discover what she could do there.

Charles Williams
All Hallows’ Eve
Chapter 8 - The Magical Creation
Posted by Arborfield at 7:51 am

“For him there was no frontier between the material and the spiritual world. Had I ever to spend a night in a haunted house, I should have felt secure with Williams in my company; he was somehow protected from evil, and was himself a protection... To him the supernatural was natural, and the natural was also supernatural... Williams' understanding of Evil was profound... He is concerned, not with the Evil of conventional morality and the ordinary manifestations by which we recognize it, but with the essence of Evil; it is therefore Evil which has no power to attract us, for we see it as the repulsive thing it is, and as the despair of the damned from which we recoil.” (from T.S. Eliot's forward to "All Hallows' Eve")