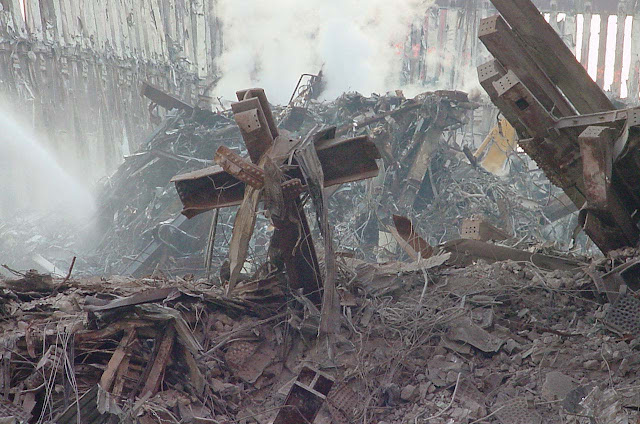 The Voyage of the Dawn Treader has a passage which may remind us all of the way recent events have affected the lives of everyone in the world:


“What awaited them on this island was going to concern Eustace more than anyone else, but it cannot be told in his words because after September 11 he forgot about keeping his diary for a long time.”
C.S. Lewis
Voyage of the Dawn Treader - Chapter 5
Perhaps an opportune time to hear a passage from a talk which CS Lewis gave in Oxford during WW2.  Still applicable to the changed world in which we live:


“The war creates no absolutely new situation: it simply aggravates the permanent human situation so that we can no longer ignore it.  Human life has always been lived on the edge of a precipice.  Human culture has always had to exist under the shadow of something infinitely more important than itself.  If men had postponed the search for knowledge and beauty until they were secure, the search would have never begun... we are mistaken when we compare war to 'normal life.'  Life has never been normal.  Even those periods we think most tranquil, like the nineteenth century, turn out on closer inspection, to be full of crises, alarms, difficulties, emergencies.
C.S. Lewis
Learning in War-Time
Posted by Arborfield at 8:34 am