C.S.L. of course had some oddities and could sometimes be irritating. He was after all and remained an Irishman of Ulster. But he did nothing for effect; he was not a professional clown, but a natural one, when a clown at all. He was generous-minded, on guard against all prejudices, though a few were too deep-rooted in his native background to be observed by him. That his literary opinions were ever dictated by envy (as in the case of T. S. Eliot) is a grotesque calumny. After all it is possible to dislike Eliot with some intensity even if one has no aspirations to poetic laurels oneself. 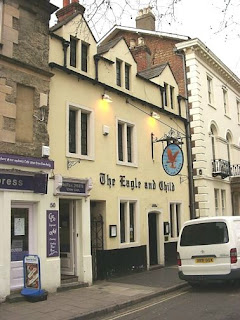 Well of course I could say more, but I must draw the line. Still I wish it could be forbidden that after a great man is dead, little men should scribble over him, who have not and must know they have not sufficient knowledge of his life and character to give them any key to the truth. Lewis was not 'cut to the quick' by his defeat in the election to the professorship of poetry: he knew quite well the cause. I remember that we had assembled soon after in our accustomed tavern and found C.S.L. sitting there, looking (and since he was no actor at all probably feeling) much at ease. 'Fill up!' he said, 'and stop looking so glum. The only distressing thing about this affair is that my friends seem to be upset.' And he did not 'readily accept' the chair in Cambridge. It was advertised, and he did not apply. Cambridge of course wanted him, but it took a lot of diplomacy before they got him. His friends thought it would be good for him: he was mortally tired, after nearly 30 years, of the Baileys of this world and even of the Duttons. It proved a good move, and until his health began too soon to fail it gave him a great deal of happiness.
Letters of J.R.R. Tolkien
#261 From a letter to Anne Barrett, Houghton Mifflin Co.
Posted by Arborfield at 8:13 am