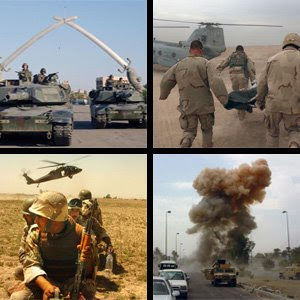 The war creates no absolutely new situation: it simply aggravates the permanent human situation so that we can no longer ignore it. Human life has always been lived on the edge of a precipice. Human culture has always had to exist under the shadow of something infinitely more important than itself. If men had postponed the search for knowledge and beauty until they were secure, the search would have never begun... we are mistaken when we compare war to 'normal life.' Life has never been normal. Even those periods we think most tranquil, like the nineteenth century, turn out on closer inspection, to be full of crises, alarms, difficulties, emergencies.
Learning in War-Time ~ CS Lewis
Posted by Arborfield at 5:23 am