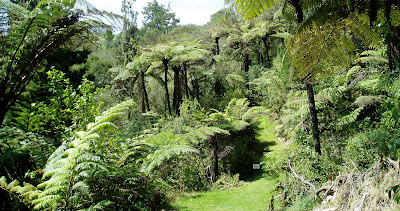 C.S. Lewis ~ The Problem of Pain
“... quivering and ecstatic aspirations which absorbed his whole being, infinite yearnings, stabbed with the threat of tragedy and shot through with the colours of Paradise. One of our race, if plunged back for a moment in the warm, trembling, iridescent pool of that pre-Adamite consciousness, would have emerged believing that he had grasped the absolute: for the states below reason and the states above it have, by their common contrast to the life we know, a certain superficial resemblance. Sometimes there returns to us from infancy the memory of a nameless delight or terror, unattached to any delightful or dreadful thing, a potent adjective floating in a nounless void, a pure quality. At such moments we have experience of the shallows of that pool.”
C.S. Lewis ~ That Hideous Strength
Posted by Arborfield at 7:27 am