Neville Coghill and The Canterbury Tales 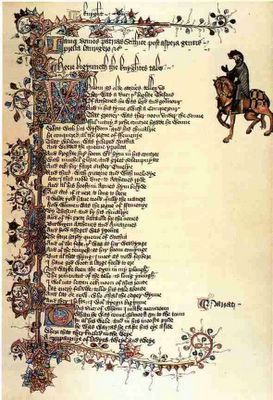 A Postscript
Professor Coghill used to appear on request before various groups to read from his Chaucer translations, and, on one occasion which he cherished long after, a lady came up afterwards and said, "That was wonderful. Thank you so much. We are so sorry that Mrs. Chaucer was unable to come with you."

Posted by Arborfield at 7:56 am