Biblical Creation and the Fall of Barad-dur? 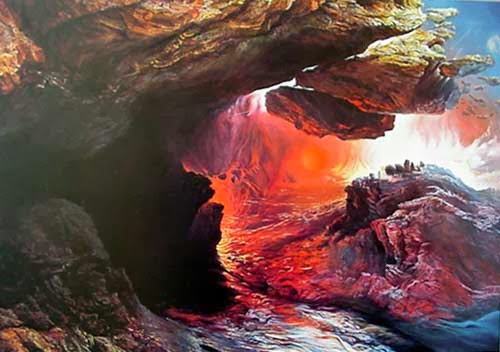 (*) I imagine the gap to be about 6,000 years: that is we are now at the end of the Fifth Age, if the Ages were of about the same length as S.A. and T.A. But they have, I think, quickened; and I imagine we are actually at the end of the Sixth Age, or in the Seventh.

Tolkien would have been aware of Archbishop Ussher's calculation of the date of Biblical Creation being the year 4004 BC. This is about 6,000 years ago which matches Tolkien's imagined gap between the Fall of Barad-dur and our own days. Although some modern Christian fundamentalists consider that Ussher's date is the actual date of Creation, Tolkien was not a fundamentalist and would not have believed that the date was literally true.

He was, however, a faithful Roman Catholic and perhaps, consciously or subconsciously, he dated his literary creation to a time prior to the supposed date of the Biblical Creation. Therefore, the change in the Earth which altered geography from Middle Earth to Modern Earth may have been caused by the "Biblical Creation" which usshered (pun intended!) in Tolkien's own personal religious beliefs in place of his imagined ones.
Posted by Arborfield at 8:36 am No comments: 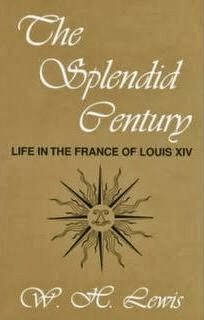 What can you say about a book that gives you Louis XIV sitting on the grass at carrying on a conversation with a little girl? This is history with a human face. When Louis made the little girl laugh he knew she liked him for himself and not because she was trying to gain the favor of The Sun King. When you think of do you think of elegance and sumptuosness? Of course! But do you also picture courtiers eating soup out of one tureen using a communal spoon? Or of using a piece of stale bread as a plate? And if you were lucky enough to be in residence at your living quarters were likely to be the size of a small attic room. And that's if you were lucky!

This book is also much more than just Louis and . It lives up to its subtitle. For you also learn about how the church and the army operated; what it was like to be a peasant or a member of the impoverished nobility; there is an excellent chapter on the bureaucracies involved surrounding doctors and dentists; life for a criminal sentenced to the galleys; the education of women, etc. I cannot say enough good things about this book. It is only about 285 pages but there is so much learning and entertainment between the covers that you will be amazed. Probably the best thing I can say is that even though it was written almost 50 years ago, the book does not seem dated in the least. I would imagine that in the scholarly world things have come to light which might necessitate changing some things here and there but for the general reader it does not get any better than this! I will always have the image of little Louis (he was only 5 feet 5 inches) sitting on the grass, charming and being charmed by that anonymous little girl...

Bruce Loveitt ()
Posted by Arborfield at 9:35 am No comments:

W.H. Auden and the Inklings 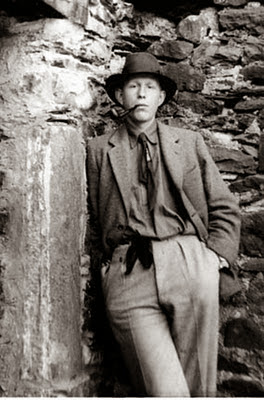 W. H. Auden, who attended Tolkien's lectures as an undergraduate, was also an occasional correspondent and was on friendly terms with Tolkien from the mid-1950s until Tolkien's death, initiated by Auden's fascination with The Lord of the Rings. Auden was among the most prominent early critics to praise the work. Tolkien wrote in a 1971 letter:

"I am [...] very deeply in Auden's debt in recent years.  His support of me and interest in my work has been one of my chief encouragements.  He gave me very good reviews, notices and letters from the beginning when it was by no means a popular thing to do.  He was, in fact, sneered at for it".

W.H. Auden, one of Charles Williams greatest admirers, reportedly re-read Williams’s extraordinary and highly unconventional history of the church, Descent of the Dove(1939), every year.
Posted by Arborfield at 10:44 am 1 comment: 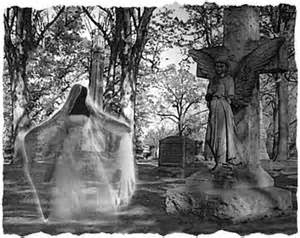 
You were perfectly right to put in the bit about the friendly ghosts. I think the absence of fear is, as far as it goes, probable evidence that the experience was not merely imaginary. Everyone fears lest he should meet a ghost, but there seems to be some ground for supposing that those who really meet them are often quite unafraid. Notice that angels. on the other hand. seem in Scripture to be nearly always terrifying & have to begin by saying 'Fear not'.
In Ireland I stayed at a lonely bungalow last summer which the peasants avoided notbecause a ghost had been seen near it (they didn't mind ghosts) but because the Good People, the Faerie, frequented that bit of coast. So apparently ghosts are the least alarming kind of spirit.
With all good wishes.....
Yours sincerely,
C.S. Lewis
Collected Letters - Volume III
Posted by Arborfield at 6:36 am 1 comment:

I do not think that all who choose wrong roads perish; but their rescue consists in being put back on the right road.  A sum can be put right: but only by going back till you find the error and working it afresh from that point, never by simply going on. Evil can be undone, but it cannot 'develop' into good.  Time does not heal it.  The spell must be unwound, bit by bit, 'with backward mutters of dissevering power'* ... or else not.  It is still 'either-or'.  If we insist on keeping Hell (or even Earth) we shall not see Heaven: if we accept Heaven we shall not be able to retain even the smallest and most intimate souvenirs of Hell.

*this line is a quotation from Comus by John Milton (line 814)
Posted by Arborfield at 9:20 am No comments: "Don't!" he cried out, "you're giving in. That's not the way to rule; that's not within you." To keep himself steady, to know somehow within himself what was happening, to find the capacity of his manhood even here -- some desire of such an obscure nature stirred-in him as he spoke.

He felt as if he were riding against some terrific wind; he was balancing upon the instinctive powers of his spirit; he did not fight this awful opposition but poised himself within and above it. He heard vaguely the sound of running feet and knew that Quentin had fled, but he himself could not move. It was impossible now to help others; the overbearing pressure was seizing and stifling his breath; and still as the striving force caught him he refused to fall and strove again to overpass it by rising into the balance of adjusted movement. "If this is in me I reach beyond it," he cried to himself again, and felt a new-come freedom answer his cry.

A memory -- of all insane things -- awoke in him of the flying he had done in the last year of the war; it seemed as if again he looked down on a wide stretch of land and sea, but no human habitations were there, only forest, and plain, and river, and huge saurians creeping slowly up from the waters, and here and there other giant beasts coming into sight for a moment and then disappearing. Another flying thing went past below him -- a hideous shape that was a mockery of the clear air in which he was riding, riding in a machine that, without his control, was now sweeping down towards the ground. He was plunging towards a prehistoric world; a lumbering vastidity went over an open space far in front, and behind it his own world broke again into being through that other. There was a wild minute in which the two were mingled; mammoths and dinotheria wandered among hedges of English fields, and in that confused vision he felt the machine make easy landing, run, and come to a stop.

Yet it couldn't have been a machine, for he was no longer in it; he hadn't got out, but he was somehow lying on the ground, drawing deep breaths of mingled terror and gratitude and salvation at last. In a recovered peace he moved, and found that he was actually stretched at the side of the road; he moved again and sat up.

Charles Williams
The Place of the Lion
Chapter Five : Servile Fear
Posted by Arborfield at 4:44 am No comments: